With style, space and low-running costs, the Volvo V60 deserves to be on the shortlist of any company car chooser 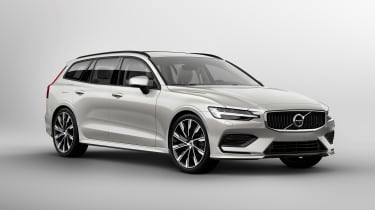 Volvo has transformed the SUV market over the past three years, scoring hits with its XC90, XC60 and XC40 models. And now the Swedish firm is taking aim at the company car market with its V60 executive estate.

The V60 has just gone on sale, offering a fresh approach in a market with well-established but conservative German rivals. It trumps all of them on boot space - a key factor in estates that try to be compact yet still practical - with a practical and class-leading 529 litres of capacity, or 1,364 litres if you fold the rear seats down to leave a huge, flat load bay.

The new model is being launched with a choice of diesel engines - the 150hp D3 and the more potent 190hp D4 - and there’s a petrol too, in the form of the punchy 250hp T5. You can order either diesel with a six-speed manual gearbox or an eight-speed automatic, and regardless of which power output you choose, these two engines return CO2 emissions as low as 117g/km, making them supremely efficient company car options. 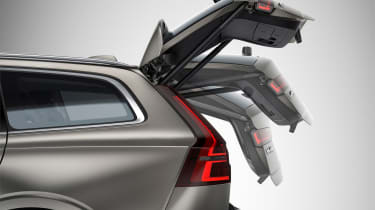 If it’s electrification you’re after, incidentally, the V60 will soon tick the box on that score as well. Plug-in petrol-electric hybrid versions of the car, offering even more stellar CO2 emissions but real-world usability, are due within the next 12 months.

The hard numbers show how Volvo’s approach is paying off. A 40-percent tax-payer who chooses a V60 D3 Momentum manual will pay just over £320 per month in benefit-in-kind tax - less than for a comparable Mercedes C-Class Estate or BMW 320d Efficient Dynamics Plus Touring.

And the user-chooser benefits will increase further over three years and 30,000 miles, where the D3’s frugal nature will bring useful savings on fuel. That V60 D3 Momentum should be more than £3,000 cheaper in total over the three years than the C 200d Executive Edition - and offer a saving of more than £4,500 over the cost of a BMW 320d ED Plus Touring over the same period.

If anything, Volvo’s approach to the V60 makes it an even better option for high-mileage fleet customers. The Swedish team focused not on supreme agility but on comfort, and they nailed the brief, because even on stylish 19in wheels, the V60 is a quiet, relaxed cruiser - perfect for precisely the sort of regular long journeys that fleet users can frequently rack up. 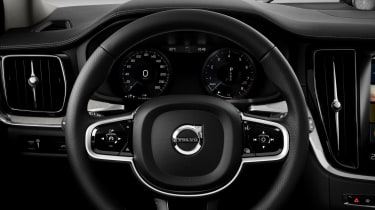 Of course, fleet managers and buyers are under pressure to make sure that their users don’t go without kit, in-car tech and connectivity. But this is another area where the V60 scores strongly. Even the ‘entry-level’ Momentum spec includes LED headlights, a powered tailgate, dual-zone climate control, rear parking sensors and a 12.3-inch digital instrument panel as standard.

It also gets Volvo’s award-winning ‘Sensus’ infotainment system (fitted across the entire range), which brings a nine-inch, portrait-layout touchscreen that incorporates navigation with map updates for life, smartphone connectivity (Android Auto and Apple CarPlay are both included) and cloud-based apps like Spotify and Google Local Search. And of course, being a Volvo, the V60 is loaded with cutting-edge safety technology as well.

In fact, it’s easy to see why Volvo’s new mid-size estate is going to prove popular with fleet buyers and user-choosers alike. It delivers on kit, running costs, safety and practicality - the key factors in this area of the market.