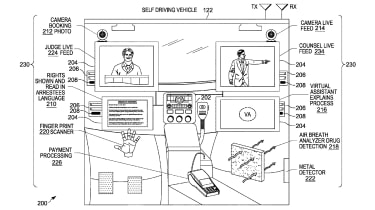 The EV revolution may be starting to gain ground on the retail market, but emergency service vehicles such as ambulances should switch to electric or hybrid propulsion, according to the UK’s leading public health body.

The National Institute for Health and Care Excellence (NICE) has published draft guidance recommending public-sector organisations “should make low vehicle emissions one of the key criteria when making routine procurement decisions. This could include selecting low-emission vehicles, including electric vehicles.”

• Unmarked police trucks to clamp down on distracted drivers

NICE says the public sector fleet includes “various vehicle types, some of which are highly polluting.” Nice recommends when organisations replace these vehicles, they should “consider low-emission car[s], vans and lorries.”

The publically funded health body also says employees should be trained in emission-improving techniques such as smooth acceleration and braking and efficient gear changing. They should also be taught to keep their vehicles’ tyres correctly inflated, and not to leave their vehicles idling unnecessary.

As well as being low-emission, police cars could become autonomous courtrooms in the future, after telecommunications company Motorola filed a patent for a self-driving law enforcement vehicle.

The application, submitted to the US Patent and Trademark Office, describes a self-driving “mobile law enforcement communication system and method”. This would provide a “remote judge and attorney for real-time mobile adjudication of the detainee”, allowing prisoners to be processed on-the-move

The proposed system would see a suspect placed in the vehicle by a police officer. Suspects would be automatically identified using facial recognition before being read their rights, and questioned via video link – all on their way to an “approved location”. They could then consult with their lawyer, and receive judgement via video link.

As well as allowing for suspects to be remotely processed, the vehicle would also allow them to pay any fines they are issued thanks to “an automated payment processing device”. If offered bail, the system could contact a bail bond company, take payment, and release the prisoner at their home.

Motorola’s patent explains that the mandatory confidentiality between suspects and their lawyers would no be compromised, as data from these conversations would not be stored by the vehicle.

Interested in more police motoring news? Then take a look at plans for a new roadside eye tests for drivers.