Some established names were obsessed with being cool in LA, turning their backs on conventional cars. Big mistake, says Mike Rutherford 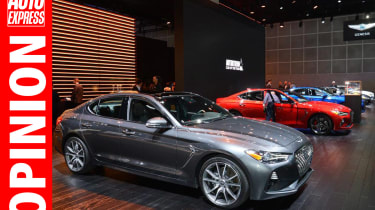 Los Angeles 2018 was the auto show that shocked – for good and bad reasons. Inside and outside the exhibition venue in downtown LA, the unexpected happened... and kept on happening.

Let’s start with the shockingly bad. The decision by General Motors – the US’s troubled, old-school vehicle maker – to announce 14,000 job losses plus at least five plant closures during the week of the show was appallingly timed.

On the one side, the LA show was proudly trying to do its bit to showcase America, Americans and the American auto business. On the other, GM was ripping much of the heart, soul and hope out of the country, its people and its industry.

Caught in the middle were blameless victims – those 14,000 tearful and fearful, cruelly dumped employees who’ve just had to tell their families that Christmas and pretty much everything else is cancelled. “Unallocated” is the haunting word being used to describe these unfortunate souls, their gone-forever positions, plus the now-redundant factories that were, until a few days ago, their second homes.

Meanwhile, recent and eeringly hollow broadcasts from President Trump declaring that American motor industry jobs are “all coming back” to America and Americans can, and should, be categorised as fake news. But his threat to cut “all” subsidies to GM are for real – as are the chances that The General will flirt with bankruptcy again, because its brand and products are simply too weak globally.

Ironically, the still-young Korean car industry that was, in effect, largely owned by GM not so long ago was rampant in LA, unveiling all-new and intriguing little cars like the Kia Soul, while picking up major awards for the Genesis G70, which is basically better than an equivalent BMW... because it was engineered by former BMW folk. Simple.

Not so straightforward is whether the important, next-generation Mazda 3 looks as good as the version it’s about to replace. On stage in LA I feared it didn’t, but it must be seen on the road before its presence and beauty (or maybe not) can be properly assessed. 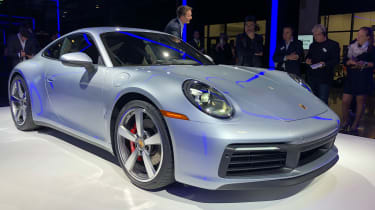 The star of the LA show was the new Porsche 911. A shame, then, that the company chose to reveal it in such a small room that security guards were forced to close the doors in the faces of many who’d rocked up to witness the historic occasion.

Conversely, Volvo’s car-free LA stand attracted hardly anyone. Which was no surprise. A vehicle manufacturer with a stand at a motor show that contains no vehicles makes about as much sense as a restaurant without food.

In LA, some established auto industry firms were obsessed with being cool, promoting untried/untested tech, turning their backs on conventional cars and drivers. Big mistake.

Customers buying, leasing, owning and driving petrol and diesel personal mobility machines are here to stay – for decades yet. These are the very consumers who’ve allowed most mainstream makers – GM included – to make billions in annual profits. Such loyal, high-spending motorists deserve more recognition, thanks, respect and reassurance.

What was your highlight of the 2018 Los Angeles Motor Show? Let us know in the comments section below...