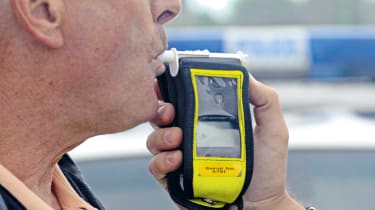 Tougher drink-drive laws don’t reduce accidents, according to a new study, with accidents in Scotland actually increasing since stricter limits were introduced.

Researchers from Glasgow University found the road traffic accident (RTA) rate in Scotland has also increased to higher levels than in England and Wales since the country introduced stricter drink-drive laws in 2014.

Writing in The Lancet – a weekly peer-reviewed medical journal – the academics claimed early public awareness campaigns have not been maintained.

The researchers measured the rates of all RTAS – both those involving alcohol and not – said the Scottish Government’s policy of lowering the legal drink-drive limit from 35 micrograms of alcohol per 100 millilitres of breath to 22 “did not have the intended effect of reducing RTAs”.

The study was led by Professor Jim Lewsey from Glasgow University’s Institute of Health and Wellbeing, who said in the report: “Our negative findings for total, serious or fatal, and single-vehicle night-time RTAs were unexpected given previous evidence that generally supports a reduction of RTAs after reducing the BAC limit for drivers.”

He added: “The most plausible explanation of our finding of no effect of the reduced BAC limit for drivers on RTA outcome is that this limit was insufficiently enforced or publicised or both.”

Lewsey argued that tough drink-driving legislation could only be enforced with “frequent and systematic random breath testing, supported by public education, publicity, and awareness campaigns”.

The report also suggested that the majority of drink-driving RTAs “might be caused by people who continue to ignore the law under the new legislation”.

What is the drink-drive limit? Click here for the UK laws explained...