No-deal Brexit could close up to 1,000 car repair companies 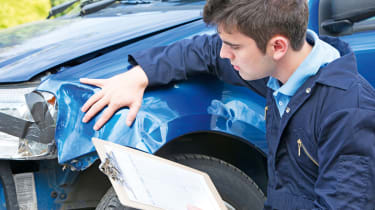 Up to 1,000 vehicle repair companies in the UK could close within two weeks of a no deal Brexit, according to leaked documents.

Minutes from a meeting of 17 industry figures last month described the “dire” consequences the UK leaving the EU without a deal will have on the sector.

There are around 3,000 vehicle repair companies in the UK, with a total of about 35,000 employees between them. The industry relies heavily on ‘just-in-time’ deliveries, which it is believed would be crippled by new, longer border checks.

Steve Field, managing director of Page Automotive Accident Repair Group – which has 200 employees – claimed that up to 1,000 UK car repairers “could be on the brink of closing” within two weeks of a no-deal Brexit.

The leaked minutes,obtained by Business Insider, revealed the industry considers that: “If the import delays were prolonged – three to four weeks for example – without parts availability, the consequences to our car body repairers could be dire”.

The minutes also revealed that: “Many repairers would have run out of cash and face closure” by the third week following a no deal Brexit and, by week four, “even repairers with strong balance sheets would be in trouble”, some being forced “to raise cash or sell assets to survive”.

A number of repairers would be expected to “see an immediate impact on their revenue” within the first week following a no-deal Brexit.

In some cases the dealerships where repairers source their parts have up to three days’ worth of stock at any one time, meaning parts do not need to be brought in from overseas for a repair, but such a scenario only applies for only three per cent of repairs.

Check out our round-up of the best car insurance companies here...