'Coventry Council is insulting the workers of the UK's Motor City'

The proposal of a 'leave your car at home' scheme by Coventry Council is an insult to the UK's Motor City, says Mike Rutherford 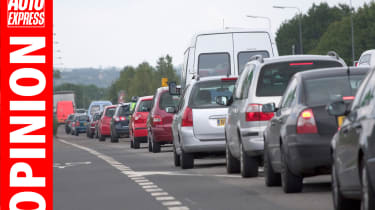 America’s got Detroit, Italy has Turin, so where’s Britain’s Motor City these days? Coventry, of course. Not least because it’s home to Jaguar Land Rover, the growing Peugeot/Citroen/DS/Vauxhall clan, black cab maker LEVC, and other great car or car-related businesses.

For all this, we have to be proud. As should Coventry Council, which needs to loudly sing the praises of these world-class companies, plus their loyal, hard-working employees who – surprise, surprise – are passionate about their motor cars.

But instead of applauding its proud motor industry people and firms, what does this local council go and do? It prepares to hand out cash – reportedly up to several thousands of pounds annually – to some folk who leave their cars at home and switch to already heavily subsidised public transport, or pedal cycles.

The ‘plan’ seems to be that locals can continue to buy cars, thereby paying the hefty 20 per cent VAT lumped on them. Also, they’ll still have to cover insurance, VED and other standing costs. But after incurring all those expenses, the idea is that owners will be financially incentivised not to drive them.

A council rep has likened this nonsense to scrappage schemes of the past, although vehicles will not be scrapped; they’ll just be almost permanently parked. In theory, at least. But I suspect an owner switching to public transport to grab his legalised financial ‘bribe’ might then sneakily loan his vehicle to a family member, friend or whoever. There’s no law banning the lending or hiring out of products to fellow adults, is there?

Only in a Britain that’s going bonkers could such state-sponsored anti-car madness be introduced in our own Motor City. The council should surely be celebrating the car, and be thankful for an auto business that’s done more than anything to keep Coventry going? Think of all the lucrative car-industry jobs the city has enjoyed and continues to profit from, directly or indirectly. Yet it demonstrates its appreciation by telling workers and others to park up their cars and ride aboard the alternatives.

One of these alternatives is the city’s VLR (very light rail) tram-cum-train thing. It only exists in 3D simulation and is a long way from being of any use to the commuting masses.

Another convincing argument for sticking to the car and avoiding the train or bus in the vicinity of Coventry is the fact that official public transport crime figures have risen massively in the area of late. It’s “worrying”, according to the city’s leading newspaper.

But worry not, is my message to individuals and families with access to modest or posh motor cars in Coventry. Use them and enjoy the freedom and flexibility they afford you. Allowing them to languish uselessly in parking bays or on your drive is nuts.

Truth is, given a choice between sitting in a warm, 24/7 car with locked doors or standing on a drafty, limited-hours, crime-hit bus or train, nobody in their right mind would pick the latter over the former. The politicians of Coventry – Britain’s Motor City, remember – know this. It’s time they got real and admitted it.