MG is steeped in history, but it’s also a brand that continues to show a huge incremental sales success in an otherwise-declining market 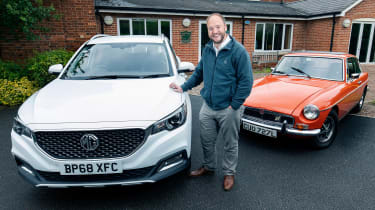 It’s easy to see why. Near enough everyone has a story to tell about MG; a recollection of what the company means to them, or a snapshot in time when they first picked out a car with that timeless octagonal logo on the bootlid.

But some feel a stronger connection than others, and few can claim to be as passionate about the brand as Adam Sloman, who serves as the general manager of the MG Car Club.

So can he be called the the UK’s biggest MG fan? You bet he can...

“MG has always had a sense of fun; a wonderful mix of aspirational but affordable,” Adam says. “New or old, every model has a spirit – and cars like the latest MG ZS keep that spirit alive.” 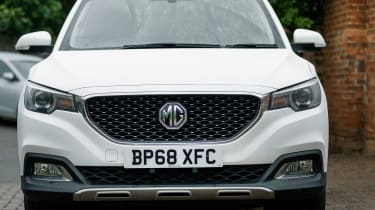 Adam’s late father was a confirmed MG nut, too. When Adam was young, his dad owned several MG models: an MGB Roadster, a Midget and an MGB GT. “It was so different to everything else on the road,” Adam says of the GT. “It was like a real-life racing car.”

It wasn’t until 2007 that Adam bought his first MG, yet since then he’s had more than he can count.

He joined the MG Car Club over 10 years ago, and his deep passion for the marque saw him move into his current role back in 2015.

“It has given me some amazing opportunities to support [MG] fans like me, to work with them, and with the manufacturer,” he says jovially. 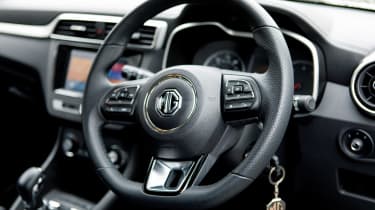 “Five years on and I’m fortunate enough to combine something I care very deeply about with a job I love.”

Adam speaks about MG with immense enthusiasm and loves the current line-up, which now comprises three distinct models, including a sleek supermini and stylish SUVs. There’s loads more on the way, too.

“I love the new MG range. My wife drives an MG and so do I,” Adam tells us. “It was strange, as I drove my new car from the dealership, my father’s favourite song came on the radio – it was as if he’d given my purchase his seal of approval.

“I’ve been quite evangelical about MG’s current range. So much so, my father-in-law bought one, and has since traded up to a new ZS. My brother’s thinking about either an MG 3 or the new electric ZS. I ought to ask for commission,” he jests. 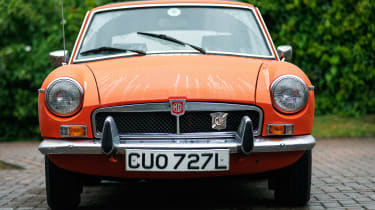 It’s clear Adam has an unrivalled passion for MG and the progression it has made in recent years. He particularly appreciates the array of technology options in the latest models, some of which he’d struggle to live without.

“I listen to a lot of podcasts,” Adam tells us. “Being able to stream audio without wires is hugely appreciated. Things like Apple CarPlay and Android Auto are cool innovations, too; it’s interesting to see how things are becoming so well connected.”

Seeing MG hit its stride of late fills Adam with unsurpassed joy. You’ll struggle to find anyone anywhere in the UK with such an unadulterated appreciation for the brand.

“So many amazing names have disappeared over the years, but MG has endured and it’s brilliant to see it grow and keep pace with other manufacturers and their electrified cars. The future is incredibly exciting.”

To book your test drive and be in with a chance of winning £2,000 worth of fuel, go to mg.co.uk/fuelledbyMG. Terms and conditions apply.