The French Grand Prix will go down as one of the dullest races ever and has damaged the reputation of Formula 1, says Mike Rutherford 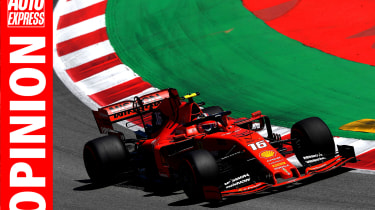 If you have a recording of the French Grand Prix from 23 June, hang on to it: the most agonisingly boring race in living F1 memory. Store the wretched thing alongside your other sleep-inducing recordings – songbirds singing, whales wailing, waves washing or Aztec pan pipes, er, piping.

Honestly, this ‘race’ at the Paul Ricard circuit-cum-colossal-coloured car park was so hypnotically atrocious that I fell asleep while watching on Sky, before dozing off again when viewing the ‘highlights’ on C4 the next day. AWOL were entertainment, excitement, fulfilment – and much more.

A huge, allegedly world-class motorsport event like this has to be a great occasion that none of us wants to end. With billions to play with, organisers, teams, manufacturers and drivers can afford to, and must, adopt a collective ‘let’s get this show on the road’ attitude. The French GP should be swimming in excellence. Yet this was as much of a special occasion as a trip to the dentist. Millions of us witnessed the show coming off the road as we tried to fight our involuntary siestas. And with the exception of Vettel, Hamilton, Verstappen and one or two other natural racers/winners (including rookies Norris and Leclerc, maybe) this non-event was drowning in mediocrity.

For example, we’re approaching mid-season, and Williams-Mercedes is still like a broken pencil – pointless. Worse still, 166 races and 8,000-plus laps into his highly paid, tediously long career, Renault’s Hulkenberg hasn’t won a single F1 race. He also has the dubious honour of – in all F1 history – the most starts with the fewest (zero) podiums. And although he’s pleasant and polite, he’s a charisma-free zone, and one of the less-interesting motorsport people I have met. So let’s temporarily or permanently relegate the likes of Williams, Grosjean, Sainz Jr and other painfully dull, serial-race-losing teams and journeymen drivers from the sport they’ve made millions out of.

Drivers who remain on merit need to become more versatile and hard-working in what they drive and ride. Why? Because to prove who’s truly the best, they have to demonstrate their skills in F1 support races that’ll show how well – or badly – they can perform in showroom-spec supercars (Mercs and Ferraris) and superminis (Renaults and Hondas). After that, we need to see them competing in short-but-revealing off-road races on small, temporary rallycross-type courses at F1 venues. Artificially created ice-driving rinks are another possibility. And, if they really are the fittest sportsmen on earth, let ’em run a few laps against each other. Or race aboard their micro-scooters. Or both. Put another way, think less about one comparatively short F1 race all weekend. Think more in terms of F1 Triathlons involving several driving, and other, activities from Friday through Sunday.

If organisers, drivers, teams and manufacturers don’t, I fear F1 will go the same way as rallycross, bike racing and WRC on TV. At best it’ll become fringe viewing, at worst forgotten about and ignored by the majority, and watched only by a tiny minority – many of whom will have to stump up for Sky’s pay-per-view charges that everyone loathes.

Do you agree with Mike's views on Formula 1? Let us know in the comments below...