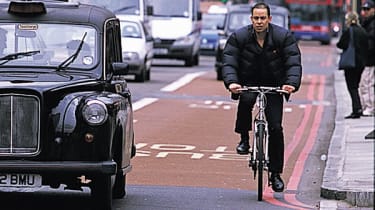 Local authorities should consider banning SUVs from town and city centres to protect cyclists and pedestrians, according to a Brussels-based safety think tank that advises the European Commission.

Vehicle occupant deaths fell by 3.1 per cent a year between those years, while cyclists fatalities dropped by just 0.4 per cent. Cyclist and pedestrian fatalities, meanwhile, make up 29 per cent of all recorded road deaths in the EU, while 99 per cent of pedestrian deaths and 83 per cent of cyclist fatalities are caused by motor vehicles.

To help tackle the issue, the ETSC says cities should “consider introducing access restrictions for cars considered to present a high risk to pedestrians and cyclists.” The ETSC adds: “Research shows that the risk of severe injury or death for a pedestrian is higher in collisions with Sport Utility Vehicles (SUVs) and vans compared to passenger cars.

Three design factors influence more severe collisions: SUVs and vans are stiffer, they have higher bumpers and are heavier.” 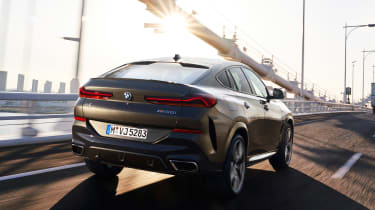 SUVs now make up roughly one in three of all new vehicles sold, and while criticism of this class of vehicle has mainly been linked to the high CO2 emissions they put out compared to equivalent hatchbacks.

Now, safety groups and regulators are increasingly considering whether the tall, bluff profile of SUVs needs to be managed in a different way. A high-profile accident in Berlin last year that saw an SUV kill four pedestrians when the driver lost control and mounted the pavement promoted protests in the city, with one politician calling for local authorities to be able to ban large vehicles.

The ETSC says that just as drivers of older vehicles with higher emissions are banned from, or have to pay when, entering many towns and cities, so local authorities should consider restrictions “based, for example, on vehicle mass, or on the Vulnerable Road User protection scores awarded by Euro NCAP.”

The organisation highlights a Transport for London rule that lorries weighing more than 12 tonnes must be granted a permit to enter or operate in Greater London. The scheme requires such vehicles to provide certain minimum visibility standards from the cab.

Graziella Jost, the ETSC’s projects director said: “The EU is facing a multitude of challenges: the climate emergency; road deaths and serious injuries; air pollution and obesity.  Policies that improve the safety of cycling and walking can also make a major contribution to tackling all these challenges. Some EU countries, the Netherlands and Denmark in particular, are showing the way forward.  If they can do it, so can the rest of the EU.“

The ETSC also recommends walking, cycling and public transport should gain priority over cars in urban environments, with a 30km/h (18.6mph) speed limit imposed in towns and cities.

Do you think SUVs should be banned from our towns and cities? Let us know in the comments below...