New cars are more customisable than ever, but experts in the trade tell us too many personal touches can make a motor worthless 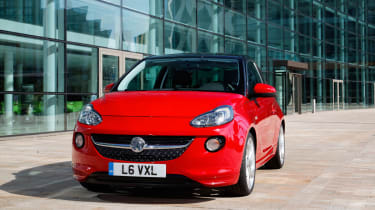 Ordering a one-of-a-kind car used to be the preserve of the rich and famous, but now big-volume players are introducing more ways than ever to personalise your motor. Beware, though: experts are warning that you could be wasting thousands of pounds on ‘out there’ options that suit your own personal tastes.

Businessman and high-end car specialist Tom Hartley Snr says: “Just 15 years ago, 95 per cent of all Ferraris I sold were red, simply because there wasn’t demand for any other colour. Today, less than half are red – people want something different and to make a statement.”

Tom owns a family business with his sons in the Midlands. Operating from a showroom on his luxury mansion’s estate, he’s built up his business over 40 years, selling anything from limited-run Lamborghinis to Le Mans racers. In recent years, Tom’s noticed a new trend among his clients (including foreign royalty) of customising their cars to reflect their personal tastes, creating a car so individual it could be considered one-of-a-kind. 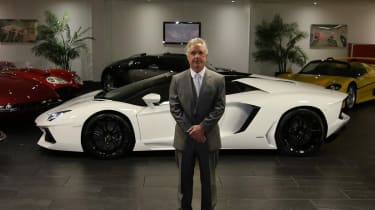 Until now, this level of customisation has been mainly limited to luxury and sports car makers such as Rolls-Royce, Bentley and Porsche. Yet now, affordable brands like MINI, Citroen and Fiat are following in their tyre tracks, cashing in on the lucrative money to be made on those wanting to own a unique car.

Latest to jump on the bespoke bandwagon is the Adam, which Vauxhall says pushes personalisation further than any volume model’s ever dared. But what does that mean? Brand boss Ian Mitchell says: “We don’t publicise it as it would be overwhelming, but there are about 4 billion different potential Adams. It’s easily possible to make a one-of-a-kind car.”

That number is created by multiplying the potential 60,000 exterior colour combinations by 80,000 cabin combinations and then factoring in personal touches such as decals. As with luxury buyers, Adam owners love the freedom to create their own car. However, instead of the astonishing £25,000-£35,000 the average Ferrari customer spends on personalisation, an Adam buyer forks out a more modest £1,000. 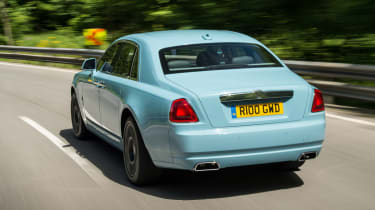 Back in his showroom surrounded by £15m of Rolls-Royces, Ferraris, Lambos and Bentleys, Tom Hartley explains how the dream of ordering your perfect spec for your Rolls-Royce can turn into a nightmare when you come to sell: “I’m currently in negotiations to buy a powder blue Ghost that some of my colleagues think is simply not sellable because of its colour.”

He’s confident that with his connections he’ll find a buyer, but for now he’ll offer around 20 per cent under the value of a car with a less intimating paintjob – that means the powder blue Ghost’s owner will get £30,000 less than if they’d had more restraint. Tom says the trend of ordering a car that’s too personalised is nothing new, but it’s becoming more prevalent because of the ease and willingness of makers to create just what owners want – even to the detriment of the resale value.

So that’s what’s happening to people who can afford to lose 10s of thousands of pounds, but what about the new breed of personalised superminis? Consumer expert Philip Nothard, from used car valuation specialist CAP Automotive, has been following the trend.

He claims it hasn’t been a smooth ride for makers introducing this level of choice, and buyers of a £12,000 Adam should be just as careful as those of a £200k supercar: “The Fiat 500 caught a few people out on its launch; customers were ordering bespoke cars and then changing their mind and not taking delivery. This caused a small number to appear in the network that were hard to sell on because of their unusual spec.” 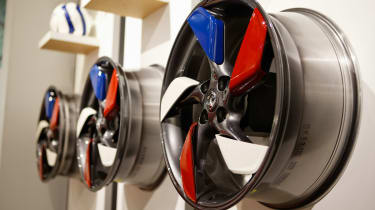 Philip says that in the early days the biggest issue was a general lack of knowledge from both consumers and the industry – even auction traders. “If a MINI had £2,000 spent on personalisation, some extras would’ve been ‘nice to haves’ with no real market value. Yet some would bring real value, such as alloys. The problem was how to identify what each car had.”

He cautions new buyers about getting carried away with personalisation, explaining: “It’s great if you want something you can easily spot in a car park, but what’s good for you might not be good for others. The value of your vehicle is driven by supply and demand.

“The golden rule is to always balance the cost of the option with the value you’ll get when you sell. Unfortunately, many personalisation extras are ‘nice to haves’, and you’ll never see a return on that cash.” The future, according to Nothard, is a continuing trend of personalisation on what he considers ‘second cars’ – superminis, small SUVs and sports models – but he doesn’t think the trend will ever stretch to the extent of the luxury car levels of personalisation.

What's the most expensive option you've ordered on a new car? Have you ever picked-up a used model with some questionable option choices installed? Tell us all about it in the comments section below.