Behind the scenes at Wales Rally GB 2014

We're at the 2014 Wales Rally GB with Citroen, bringing to an alternative access-all-areas view of the action 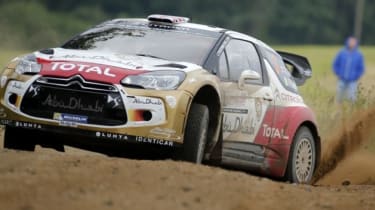 Wales Rally GB is a world-famous event that hosts the final round of the World Rally Championship (WRC) - one of the most exciting forms of motorsport out there.

Click through our gallery to see what we've learned so far - use the 'Read more' button to see the text.

The event was won by Sebastien Ogier in his VW Polo R, cementing his WRC win in 2014. His teammates Andreas Mikkelsen and Jari-Matti Latvala crashed out, leaving Mikko Hirvonen in second. Elfyn Evans finished fifth in his home rally, with fellow Brit Kris Meeke coming in seventh.

Rally cars, which are based on ordinary production models like the Citroen DS3, Volkswagen Polo and Ford Fiesta, can be so much more exciting to watch than the futuristic Formula 1 or edurance racers on tarmac circuits. Head to Wales and it's clear why immediately - when a VW Polo roars past at over 100mph on a single track gravel road in the middle of nowhere. 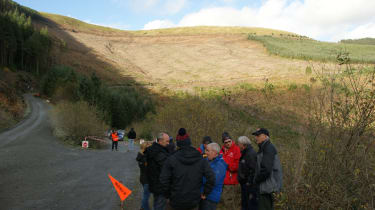 Part of what makes the Welsh event so special on the WRC calendar for us is the home support. While Sebastien Ogier has already wrapped up the Championship in his VW Polo R, there's still a prestigious Wales Rally GB win up for grabs - and with Britons Kris Meeke and Elfyn Evans taking part there's loads of fans willing to trek into the woods just to get a glimse and cheer them on.

Meeke told us that "Rallying is a bit of a minority sport, and it's fighting with football for TV coverage. The current coverage is stale, and needs someone who is creative and can bring the excitement to more fans."

The FIA is planning a few changes to up the excitement and get more people watching, which Meeke says is a step in the right direction. One of the planned changes is to have the cars run in Championship order on the first two days of the event - putting the leading cars at more of a disadvantage on loose surfaces.

"I think that's good," Meeke told us, "If you give the best road positions to the best cars and drivers then it's just over. [The changes] will keep the excitement going." 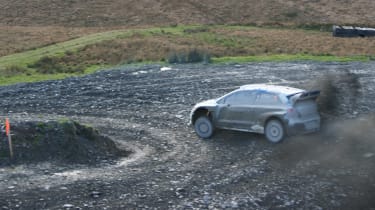 Ahead of the Wales Rally GB, Ogier had won the Championship, with Jari-Matti Latvala, Andreas Mikkelsen and Mikko Hirvonen following. Britain's Kris Meeke was in seventh place, with Elfyn Evans behind him in eighth. In the manufacturer standings, Citroen were trailing winners VW, with the M-Sport (using Fords) and Hyundai teams behind them.

All the action this weekend will take place over 22 mud-soaked stages with endless rally fans braving the Welsh weather to cheer them on - and we joined them on Thursday and Friday.

If you're not up to tackling the mud and pouring rain in person we've got an exclusive taste of the action right here - just click through our gallery to see what we learned on our trip with Citroen. 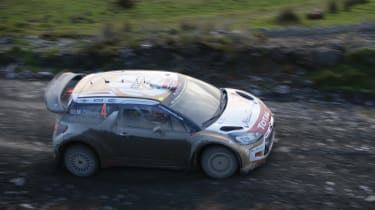 Click through our gallery to see what we've learned so far - use the 'Read more' button to see the text.