How did car companies get their logos? We reveal all on eight of today’s leading brands 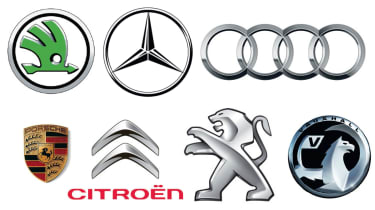 We’re all very familiar with car manufacturers’ badges. We see them every day on our roads and in our driveways, each trying to carve out a brand identity that will leave a lasting imprint on potential customers.

But while the car badges have become more refined and modernised over time, they remain steeped in history. So what are the stories behind the badges – why does Audi have four entwined rings, Peugeot a lion and Vauxhall a griffin? We delved into the past to find out...

The Porsche badge was first conceived in 1952, before appearing on the 356 in 1954. Stylised antlers and the state colours of red and black all echoed the crest of Württemberg-Baden, the area around Stuttgart in Germany where the company was based. Meanwhile, the black steed features on Stuttgart’s coat of arms and emphasised Porsche's bond with the city.

It also expressed the power of the cars Porsche would become famed for. The Porsche badge is one of the few to have barely changed over the years, with the exception of slightly trimmed lettering and a smoothing over of the horse’s contours. 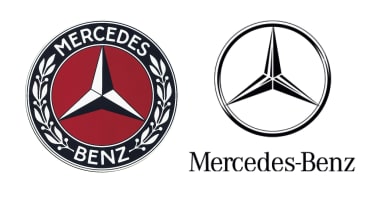 The Mercedes-Benz three-pointed star was trademarked in 1925, just in time for the 1926 merger between DMG (Daimler) and Benz & Cie, which created the brand as we know it.

The star symbolises the use of Daimler engines on land, at sea and in the air, and was combined with Benz’s laurel wreath on early logos.

In 1933, the first form of the modern logo was created – a black circlet with the silhouette of the Mercedes star inside. The star, laurel wreath and lettering were dropped in favour of the star alone in the nineties. 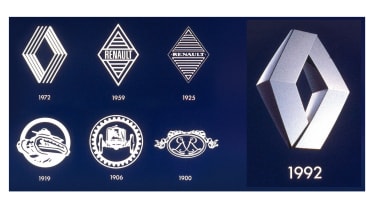 When the Renault logo was first designed in 1900, it consisted of the intertwined initials of the Renault brothers Louis, Marcel and Fernand. The badge was initially a roundel on the front of the car, which was cut out as the horn was placed behind it and sound needed to escape.

It went through many transformations before evolving into a diamond in 1925. Since then it’s been developed into the 3D badge we now know. The yellow that is widely associated with the brand was first incorporated into the design in 1946, when the company was nationalised in France.

Each of Audi’s four interlinked rings symbolise one of the four previously independent manufacturers – Audi, DKW, horch and Wanderer – that merged to create the present-day Audi AG.

The interlinked rings represent the unity of these four founder companies, while each of the four brands was assigned a specific market segment within the group.

The Vauxhall griffin was first used on the coat of arms of Fulks le Breant, a mercenary soldier who was granted the Manor of Luton by King John in the 13th century and was given a house in Lambeth, London. he named the building Fulks hall, and over time, the name was corrupted into ‘Vauxhall’.

Vauxhall Ironworks later adopted the griffin in 1857 as its logo, and in 1903 kept it when it became the motor company that we now know. 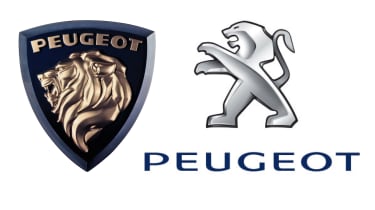 The Peugeot lion has gone through several dramatic makeovers in its lifetime. Back in 1847, when Peugeot produced saw blades and other tools, the lion was chosen as the logo to reflect the strength and suppleness of its saws.

Various versions of a gilt lion were eventually replaced by a new generation of the logo – the lion in outline arrived with the 604 in 1975. It has changed little since then, evolving into a more fluid design. 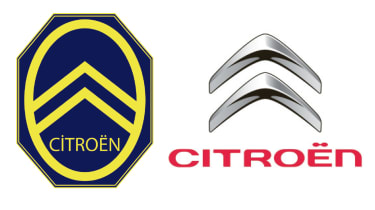 On a trip to Poland in 1890, Andre Citroen discovered a gear-cutting process that was based on a chevron-shaped design. Citroen saw this as the means to start his career in manufacturing, so in 1919, when he began making vehicles, he adopted the double chevron as his logo.

Of course, over the intervening years, it has seen many changes, but it wasn’t until the eighties that the blue and yellow scheme was dropped in favour of white and red for a more dynamic appearance. 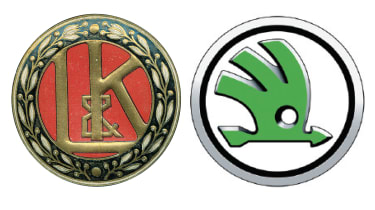 The Skoda name didn’t appear until 1926 – around 30 years after the company was born (it was originally called Laurin and Klement after the founders). With it came the modern logo.

The origins of the winged arrow are unknown, although rumours suggest the circle represents the globe, the wing technical progress and the arrow advanced production methods. It wasn’t until 1999 that the badge was given its current colour scheme. Skoda unveiled its latest badge at the 2011 Geneva Motor Show.

Which is your favourite car badge of all time? Tell us in the comments section below...