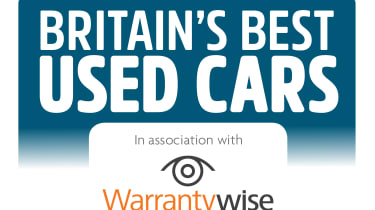 The Auto Express Used Car Awards 2015, in association with Warrantywise, will be published in the 7 October issue of Auto Express and on autoexpress.co.uk from the same date. The Awards will name the best second-hand cars in 16 key classes of the market, as well as crowning the 2015 Used Car of the Year.

Warrantywise is the UK’s leading car warranty company, providing warranty services to many of the country’s largest dealer groups. It is a family business and the senior partners have a wealth of experience, having operated in the used car warranty market for more than 20 years.

Whittaker said: “Judging the best used cars is easier for me than most as, through Warrantywise, I have reliability data dating back 15 years on pretty well every car sold in the UK. We have also taken into consideration driveability and depreciation as well.”

Which car do you think should be crowned 2015 Used Car of the Year? Let us know in the comments section below...