Go Ultra Low experts predict 1.3 million new EV sales by the end of the next decade 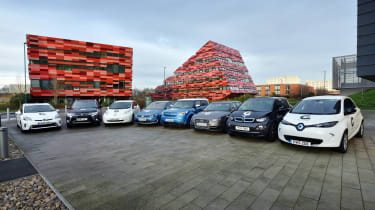 The UK is set for an “electric revolution”, as a new report predicts that half of all new car sales could be EVs by 2027.

Experts believe the industry is at a “tipping point”, with the Government’s Go Ultra Low campaign analysing forecasts for electric vehicle uptake. Record numbers of EVs continue to be sold in the UK year-on-year, and in the last five years more than 60,000 plug-in models have been registered.

And Go Ultra Low estimates by 2027, electric-powered cars could dominate the market, with over 1.3 million sold per year.

As more car manufacturers offer pure-electric and hybrid alternatives to petrol or diesel models, Go Ultra Low predicts the Government is on course to meet its target of all new cars sold being electric by 2040. 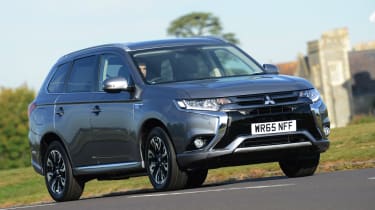 The Government-backed plug-in car grant scheme has been instrumental in giving buyers an incentive to switch to electric power. Until March this year, discounts of up to £5,000 were offered on EVs. The scheme grew EV registrations from 1,000 in 2011 to 28,000 in 2015, when the Government changed the grant to a tiered structure due to the booming uptake.

Our Driver Power survey highlighted the widespread popularity of electric cars in the UK. The Tesla Model S was the first electric car ever to top the 50,000-reader survey, while the Renault ZOE finished second.

Poppy Welch, head of Go Ultra Low, said: “The monumental interest in electric vehicles and their subsequent rapid rise in uptake has been spectacular so far, with more than 60,000 EVs registered in the past five years.

“These rises are just the start of the electric revolution, as analysis suggests that electric vehicles could dominate the new car markets as early as 2027.”

Do you own an electric vehicle? Let us know in the comments section below...