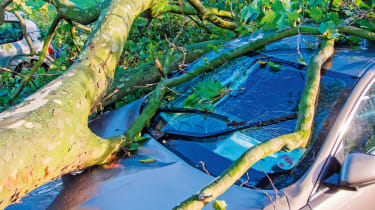 Drivers involved in no-fault accidents are left unable to make personal injury claims even if they have fully comprehensive insurance under current UK law.

An Auto Express investigation discovered that there’s no compensation fund in place to protect motorists involved in crashes where nobody is to blame. That’s true if your car is hit by a falling tree in a storm, or by a car whose driver claims they’ve unexpectedly blacked out behind the wheel.

Auto Express believes these motorists should still be compensated, however, via a no-fault claim fund similar to that used to compensate victims of uninsured drivers. And an AA spokesman said it “would support a move to develop an appropriate compensation scheme”.

No-fault personal injury cover already exists in New Zealand, via the Accident Compensation Corporation, which pays out to victims regardless of how their injuries were incurred. But moves to follow suit in the UK have so far failed.

The Motor Insurers’ Bureau (MIB), which operates the uninsured driver victim fund, said UK law changes would be required before any scheme could be put in place. It told us that a claim can only be made where negligence can be established and that may not be possible if a driver unexpectedly blacks out behind the wheel.

In those cases, according to MIB head of technical Paul Ryman-Tubb, “that person is not responsible to compensate the victim and because of that, neither is the MIB”. Previous attempts to change this were made as far back as the seventies, when the Pearson Commission tried to replace traditional tort law with no-fault insurance and strict liability, but the recommendations were never adopted. A Motor Accident Injury Compensation Bill was also proposed in 1998, 1999 and again in 2008, but made no progress.

The Association of British Insurers (ABI) also warned: “It would ultimately have to be funded by UK motorists, and result in hiked premiums.”

The defence that prevents claims

The defence used in cases where motorists are unable to make a personal injury claim is known as automatism or “involuntary action”.

It can be applied when someone’s actions are considered to be outside of their control. Technically, that can include something as small as a sneeze, or more seriously, a blackout or heart attack. Either way, medical evidence must be used to back up the claim.

It’s a relatively rare defence but there has been a number of successful examples including a fatal case in 2014. It’s incredibly difficult to dispute, too, as negligence has to be established for a claim to be made under UK tort law. 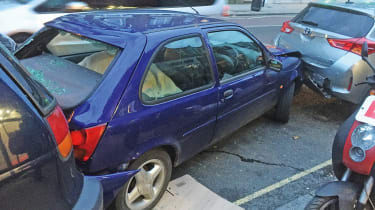 That said, the person must not be at fault. So if you’re asleep when you crash, you could still be responsible for driving in a state where you’d fall asleep in the first place.

Smashed teeth, but no payout

Reader Simon Duval Smith of Islington, London, had his car written off by a driver who claimed that he’d blacked out. His front teeth were also broken on impact, and while his insurer esure paid out on his car, Simon was told he may not be compensated for his injuries.

He said: “The driver can’t be blamed, as it’s classed as an ‘unforeseen circumstance’, assuming it hasn’t happened before, so the insurer isn’t liable.” We found similar cases online, where the ‘automatism’ defence was used and insurers refused to pay out.

The third party’s insurer, Chubb, refused to comment on the case, but Simon is waiting to hear whether the other driver had a history of blackouts. MotorClaimGuru Tim Kelly says this is key: “The driver has been negligent if he knowingly allowed a situation to occur. So the insurer would have to pay out.” Either way, the driver needs to notify the DVLA, who told us “a blackout while driving usually carries a high risk of recurrence”.

Have you ever been involved in a no-fault accident? Let us know in the comments section below...