We can’t help falling in love with this stunning BMW 507 roadster. It'll go on display at this year’s Pebble Beach Concours d’Elegance 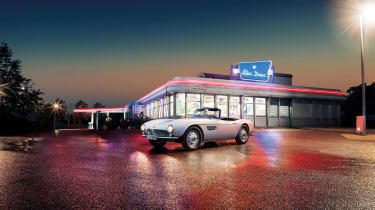 A BMW 507 Roadster is set to go to auction on August 18 at the annual Pebble Beach Concours d’Elegance, with a very special former owner – Elvis Presley. Painstakingly restored by the team at BMW Group Classic, it was discovered in a barn in just south of San Francisco two years ago. Only 254 507s were ever made, making it a suitably rare and special car for the King of rock’n’roll.

Of course, you might imagine that the King preferred his monstrous pink Cadillac, but while stationed overseas in Germany with the US military Private Presley bought his 507 second-hand. An ex-press demonstrator, the car had been raced by Hans Stuck before Elvis bought it in December 1958 with a brand-new engine fitted. 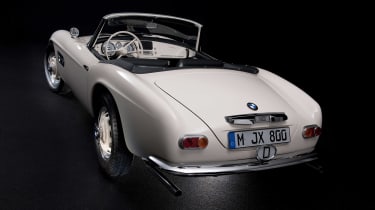 Bearing serial number 70079, the car had been languishing in storage for many years. It underwent some fairly questionable modifications – Elvis himself had the car resprayed from its original white colour to a bright red. Legend has it this was to stop adoring fans from scrawling their phone numbers on the side in lipstick.

After Elvis sold his car to a Chrysler dealer in New York, it passed into the hands of radio operator Tommy Charles. Charles went on to race the 507 with some success, but at a terrible price – he removed the car’s 3.2-litre V8, and instead fitted a Chevrolet unit, which necessitated some intrusive modifications. The gearbox, rear axle, instruments and front frame all had to be replaced, leaving just the shell and a few other parts as they were originally. It certainly was left as a mongrel rather than a pure-bred hound dog. 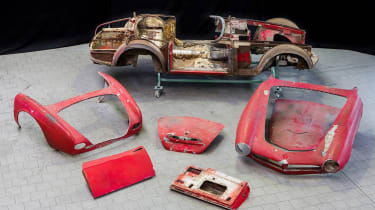 A few owners later and the 507 was bought by space engineer Jack Castor. Planning to restore the car, Castor put the 507 into storage and amassed a collection of spare parts – but never got around to doing the work.

A journalist then discovered the car, put Castor in touch with BMW’s classic department, and the rest is history. Sadly, Jack Castor died in 2014 at the age of 77 having never seen the car restored.

The team at BMW Group Classic began a painstaking two-year restoration process, stripping the car back to bare metal before starting afresh. A mixture of old and new techniques were applied – the door handles and window winders were 3D printed, for example, but the car was resprayed to its original ‘Feather White’ using period methods to give a classic look. 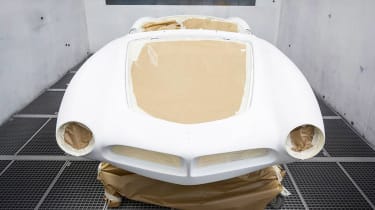 The engine was rebuilt using spare parts, and new instruments and upholstery had to be specially crafted. The end result is as close to original as it was possible for BMW to get. Elvis Presley’s BMW 507 will be on display at the Pebble Beach Concours d’Elegance on August 18.

Do you feel a burning love for this stunning BMW 507? Let us know in the comments below...