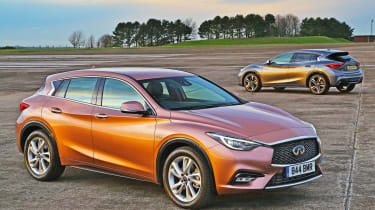 Much like a set of numbers, the choice of car paint colours is theoretically infinite. Colours surround us everywhere and vary in their tones from light to dark, bright to dull. They even influence the way we see and perceive things, as artists for years have used their paint strokes to toy with emotions. It’s probably a surprise, then, to discover over half a million cars in the UK were sold in plain old white last year, making it the most popular car paint colour in the country.

This might lead you to underplay the importance of colour in the automotive industry in the belief it’s merely the last part of the build process, something sprayed on to cover the plain metal of the bodywork.

That couldn’t be further from the truth, though; in actual fact, colour is one of the first things a designer considers when drawing primary sketches of a new model, and remains a key factor to consider throughout the design process. 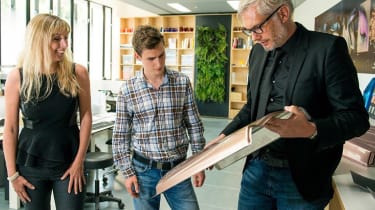 To find out more about what makes the colour of your car so important, and why we buy certain shades more than others, Auto Express spent the day with the colour and design experts at Infiniti’s design studio in Paddington, West London.

“When people talk about their dream car, they often want it in a very specific colour,” says Sandra Boberg, Infiniti’s colour manager. According to Boberg, colour is something people identify with on an inherently personal level – we all have our own favourite colour for a reason.

Even though the design process starts with pencilled hand sketches, it isn’t long before different shades of paint come into consideration. Boberg explains that certain colours match the design language better than others, highlighting the shape of the car and adding another layer of identity and depth. 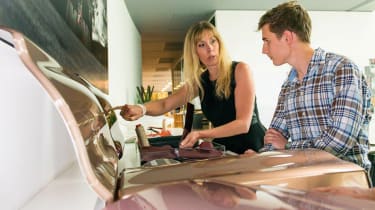 Take the Q30, for example; designers looked to create a fluid shape with the body panels bulging and compressing to give the car a dynamic stance even when it’s stationary. But Matthew Weaver, design director at Infiniti Europe, says all of that hard work would have been worthless if the company had opted for “a flat, boring colour that wouldn’t have highlighted these”. Instead, Infiniti developed Liquid Copper, a paint that brings the bulges and curves alive when the light hits them.

Design language varies greatly in different classes, too. “A sports car can afford to be more daring and aggressive, while premium cars often emphasise luxury,” explains Boberg. This also shows in the type of colours the cars are sold with. According to global paint supplier PPG Industries, 27 per cent of all luxury premium cars sold last year in Europe were black. Compact hatchbacks came with a more eclectic mix; eight per cent were red, while the majority were sold in white. Sports cars were popular in even more striking colours like yellow and orange.

Colour trends, just like fashion, can change over time, but according to Weaver, the process is slow-paced. “It takes up to 18 months to come up with an entirely new colour, from concept to something we can incorporate into the production line,” he tells us. “And the cars painted in it are used on the road for decades, so it’s important to come up with something that will remain stylish in 10 years’ time.”

It’s also crucial to note that the paint has to withstand years of abuse from the elements, so colours susceptible to scratching, fading or thinning aren’t welcome. 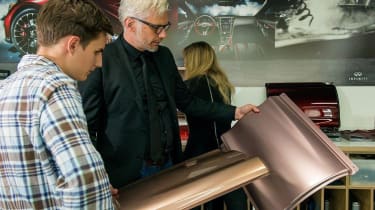 The most recent shift has been towards white. The Society of Motor Manufacturers and Traders (SMMT) says you’d have to go back nearly 20 years to find an era when a primary colour was the best seller in the UK. For the last two decades, silver, black and white have dominated the sales charts. That’s no doubt in part due to the rise in company cars and a growing consciousness about resale values among private buyers.

It may appear unexciting that we opt for neutral colours when designers spend so much time developing the latest palettes, but Weaver counters: “Black, for example, is no longer black, and white is no longer just white. Years ago, it was like a flat, dull and lifeless emulsion, but now white often has flecks of metallic in it to give the appearance of blues or reds.”

With such a scientific approach being taken to paints, where’s next for the industry? Boberg hints tinted clear coating is something we could see as an option in the future. It would add a tinted effect on the paint, moving the shade around as the light hits it from different angles, accentuating the grooves and the shape of the car. 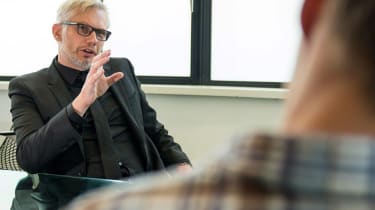 Such advances will increase the already infinite number of colours imaginable, but car makers and owners are obviously happy sticking with a select few. After all, neutral white continues to dominate the sales charts...

New car buyers’ tastes change, as our rundown of the top-selling colour choices in the past 20 years reveals.

What car colour will beat depreciation?

“Colour can have a marked impact on the resale value, depending on the car,” explains trade expert Robert Redman from Glass’s.

“Colours are subjective, of course, but generally a prestige car should be in silver, grey or metallic – fairly safe colours to get the best retail value.”

Solid colour is standard and metallic paint “an extra £300-£600” on most ranges. “But different colours will perform on their own merit,” adds Redman. “White is usually a no-cost colour, but can achieve the best used value return.”

Personalised paintjobs can be pricey, and barely affect values. “The more buyers stray from the ‘norm’, the greater the risk,” says Redman.

What’s your favourite car colour? Let us know below…