The wacky creations from Kia and Hyundai's Idea Festival 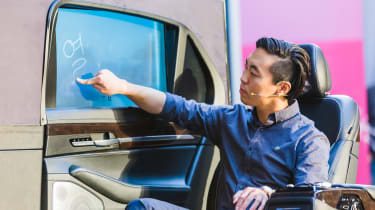 The Hyundai-Kia Motor Group is the fastest-growing automotive company in the world, having tripled its global sales in the last 15 years.

The two South Korean brands joined forces in 1998 and after selling just 2.35 million vehicles in 2000, shifted 8.01m last year – now ranking as the fifth biggest manufacturer in the world.

• Hyundai's Ulsan factory: the biggest in the world

One of the top reasons for such a huge increase, especially in Europe, is the design of the cars. It’s now 10 years since Peter Schreyer became Kia’s design boss – he’s since taken over as styling chief at Hyundai, too – and converted the conservative range into a fresh and modern line-up that includes the all-new Kia Rio unveiled at the recent Paris Motor Show. 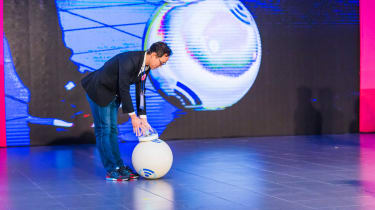 So it’s fair to say the company is on a roll, but it’s far from resting on its laurels; it’s continuing to plough millions into the latest driverless tech and hydrogen development as it seeks to take a leading role in the future.

All this advanced work is taking place in scores of R&D centres dotted around South Korea, pushing the boundaries of what the next Hyundai and Kia models will be able to do.

But Hyundai-Kia is not content with restricting these bright minds to the humble motor car, and is encouraging them to think outside of four wheels. One senior exec admitted: “We’re no longer just a company that sells cars.”

To that end, Auto Express was invited to one of these R&D centres on the outskirts of Seoul to take part in the Ideas Festival. 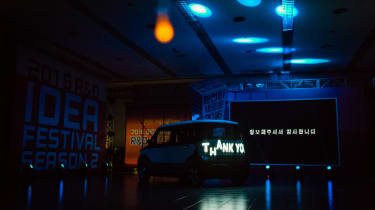 Now in its seventh year, it asks teams of workers to come up with fresh new prototypes that could, theoretically, be developed on to future cars. Teams are given nine million South Korean Won (around £6,500) to design and build their ideas with all development work done outside of normal office hours. The winners – judged by top company execs including Schreyer – are handed a cash prize plus trips around the world to visit other Hyundai-Kia facilities.

For 2016, the showcase went a step further, with a full X Factor-style staging set-up, and seven unique – if a little off-the-wall – ideas. Here’s Auto Express’ rundown of the festival’s craziest concepts. 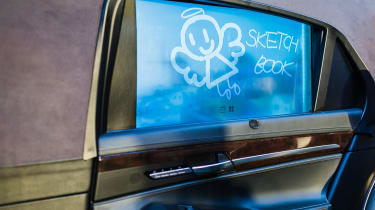 Everyone loves doodling on a misted-up car window, and the Sketchbook prototype makes it a reality at any point of a journey.

The tech features a see-through electrostatic touch panel in place of a car window with a barometer that recognises someone blowing on it. Once activated, the window “mists” up and operates like a touchscreen, with the ability to switch line thickness and colour, plus an eraser function. A button allows you to instantly upload the image to your smart device via cloud file sharing.

Judges' Verdict: Sketchbook was praised for its innovation and received backing from top execs who said they had thought of similar ideas for buses at the 2018 Winter Olympics in Korea, but couldn’t make it work as well as this team. 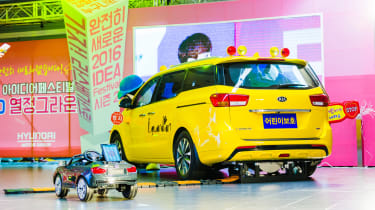 New Korean traffic laws introduced in 2015 dictate cars have to stop and pass slowly around school buses, but like many road rules, drivers are disregarding them.

That’s where I.Guardian tech comes in, providing three unique design ideas to add to an Asian-market Kia Carnival school minibus to make it safer for children. Wireless tech is integrated to communicate with phones or sat-navs in approaching cars to alert drivers to the bus’s location, while a speed bump can be deployed out of the rear to slow cars down. The rear window also turns into a large screen hooked up to a forward-facing dash cam, so drivers can see if kids are crossing ahead in front of the bus.

Judges' Verdict: This was a clever combination of three pieces of safety tech, the judges said, and could realistically be tweaked to be used on a real school bus. 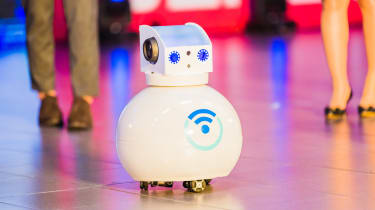 Although slightly less automotive-related, the Alpha Goo aims to be your “lifetime companion”, acting as a personal AI-style robot.

The sphered driving platform uses a magnetic plate on the top, allowing add-ons to be attached, such as a projector beam or a humanoid head that can respond to speech. It also has the power to guide pushchairs, or move objects to aid disabled or elderly people.

Judges' Verdict: While judges were impressed by the technology, it scored poorly for innovation as it was too close to the BB8 robot made famous in the latest Star Wars movie. 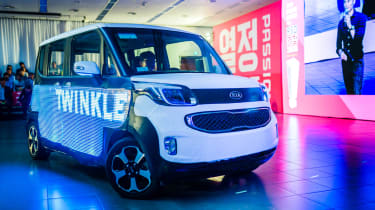 Road rage is an issue and the team behind Twinkle thinks it’s because cars remain too passive and can’t show the driver’s emotion. That’s where these flexible LED display panels come in handy, with the ability to relay messages like “Thank You” or “Excuse Me” to following motorists.

Development of the tech could also revolutionise the rear light clusters for indicators, reversing and braking.

Judges' Verdict: The resolution of images was criticised, with just 7000px across the side of the car, but judges saw potential benefits and suggested Twinkle could be linked to I.Guardian as an extra warning system.

Kiss on the Road 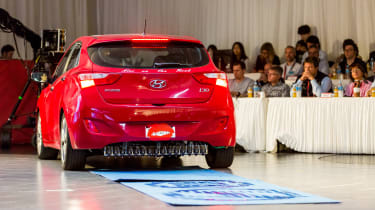 Ever wanted to paint a message for the car behind? Well, with Kiss on the Road, you can. It comprises a series of 15 ink injectors strapped to the underside of a Hyundai i30’s rear bumper, and can print any image on the road while driving at speeds of up to 30km/h (19mph). The images printed as part of the exhibition were the Kia and Hyundai logos, but the team envisaged it being used to display safety alerts for following drivers.

The image was chosen using a mobile app and used with water-based paint, so prints would wash off after just a few days.

Judges' Verdict: Kiss on the Road was a real crowdpleaser and won the audience vote, while the judges were impressed by the potential PR and safety benefits. 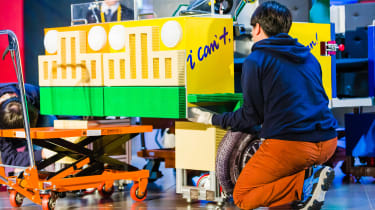 Taking inspiration from the popular toy, the team behind this self-assembly vehicle believes a modular system could give drivers the flexibility they require.

The Lego car can be changed from a single-seater into a four-seater family model in five minutes, as demonstrated during the exhibition. All systems such as driving, steering and braking are designed in blocks and connected via Bluetooth, making this innovative vehicle configurable to a range of needs.

Judges' Verdict: The quality of the prototype was questioned, but the innovative modular design was praised – although Schreyer suggested it would make his job of designing cars harder. 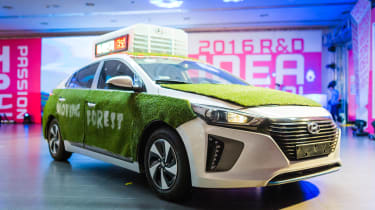 There’s no denying that air pollution is one of the biggest problems in worldwide cities right now, and this Moving Forest project has been designed to be attached to buses to make vehicles not only less polluting, but actually improve the environment. The sensors measure the air quality and if it’s deemed poor, will take air and run it through its fine-dust-purification system before collecting the CO2 in removable cartridges.

If the system ran on 10,000 buses in Seoul, developers believe it could have the effect of one million household air cleaners.