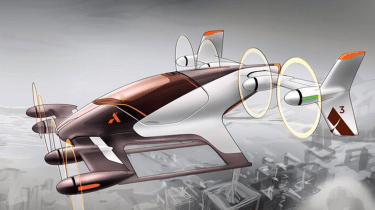 The Airbus Group plans to test a prototype self-piloted 'flying car’ by the end of 2017, the group’s CEO Tom Enders has announced at the DLD digital tech conference in Munich. Airbus sees small autonomous aircraft as a way to avoid gridlock on city roads in the future, as populations in urban areas swell.

Last year the company formed a new division called Urban Air Mobility, tasked with gazing into the future to develop new on-demand, smartphone app based air transport services. One of the concepts imagined by the new division included a new helicopter style vehicle capable of carrying multiple passengers around cities.

At the forefront of the company’s efforts is A³, the aviation giant’s Silicon Valley outpost. Airbus has previously revealed A³ is responsible for a Project called Vahana: a self-piloted flying vehicle platform for individual passengers and cargo.

Speaking to the crowd assembled at the DLD conference, Airbus boss Enders told reporters "One hundred years ago, urban transport went underground, now we have the technological wherewithal to go above ground,

"We are in an experimentation phase, we take this development very seriously."

While on-demand self-flying cars sound like a pipedream, Enders said the technology would be beneficial in the long term as it would mean city infrastructure planners “don’t need to pour billions into concrete bridges and roads”.

He also told those assembled at DLD that that Airbus, currently positioned as the world’s largest maker of commercial helicopters, would invest to make the most of new innovations such as autonomous driving and artificial intelligence – two technologies becoming increasingly important in the auto industry.

Will our city skies be cluttered with personal flying craft in the future? Let us know your thoughts in the comments.