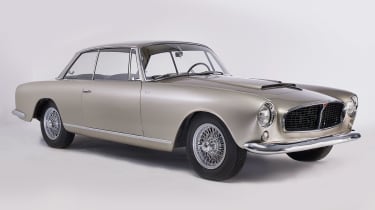 Alvis, the classic British sports car manufacturer, has expanded its range of Continuation Series cars to six models and two chassis configurations. The company, which had been defunct for fifty years, underwent a revival in 2017 with plans to offer faithful recreations of some of Alvis’ most iconic vehicles. 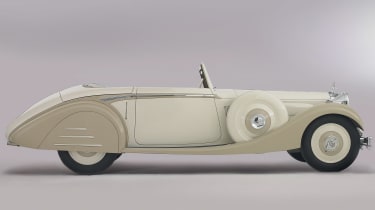 All models are built to the owners specifications, and buyers are encouraged to visit Alvis’ Kenilworth Works to browse the firm’s archive of original drawings and build sheets for inspiration. Each example takes between four- and five-thousand hours to build and, unlike the new Aston Martin DB4 Zagato Continuation, all six variants are completely road-legal.

For further authenticity, the chassis numbers of the 4.3-litre models follow on from the number allocated to the pre-war production run. Alan Stote, owner of The Alvis Car Company said: “Our models are, literally, what Alvis would have created had it not halted production for over 50 years.

“The factory had planned to build 150 4.3-litre chassis in 1938. As the site suffered serious damage by bombing in 1940, only 73 chassis were completed so we will continue that series with new chassis, built to the original drawings.”

Alvis also offers a range of contemporary creature comforts for both its pre- and post-war recreations. Post-war cars can be specced with an automatic transmission and power steering, while air conditioning, modern stereo systems and servo-assisted brakes are offered as optional extras across the range.

What are your thoughts on Alvis’ range of Continuation models? Let us know in the comments section below…