Tech or trick: which of these car tech ideas are real?

Gadgets in cars are getting crazier than ever, but can you sort reality from fantasy? Take our April Fool's challenge 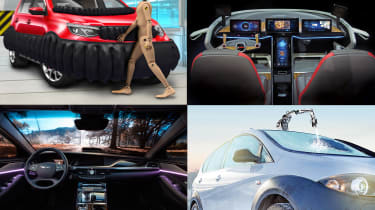 Cars capable of driving and parking themselves, cleaning robots and drones that hover over your car to keep a watchful eye as you navigate through traffic – the future has it all. Or does it?

With car makers and tech companies coming up with innovative ideas about what the future of motoring will look like, it can be hard to tell the difference between what’s already been promised and something you might see on April Fools’ Day.

To make the line between reality and imagination even more blurred, Auto Express has teamed up with various companies and found six real pieces of tech that will feature in future cars, as well as four gadgets that are made up. But can you tell which ones are the genuine tech of tomorrow, and which ones are a trick? If you’re stuck, the answers are at the bottom of the page... 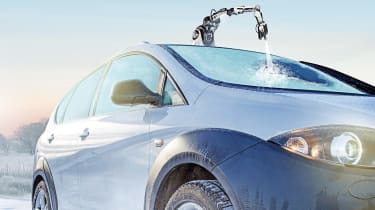 Turning on the car and using heaters to defrost the windows can easily take up to 10 minutes, which is why in the next five years, engineering company BEG is hoping to bring out a robot that de-ices the windows in a matter of seconds. The company claims the robot can be converted to a portable car washer for the summer months. 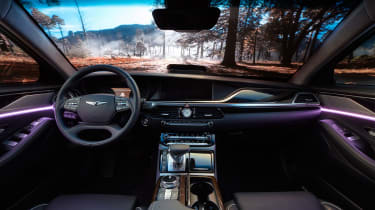 Harman has developed a new technology called Ambisonics that will use a 360-degree dynamic surround sound system. Linked to the car’s GPS, the tech will be able to detect when passing by things like forests and waterfalls, and will recreate their sounds.

The tech will also connect the music to your surroundings, so when driving through a tunnel, music will be amplified. Harman says the system will even detect when accelerating or decelerating and change the tone of the music to make it appear as if the song is struggling to keep up with the car. 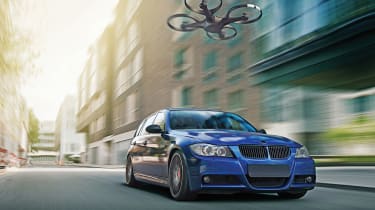 Dash cams are one of the hottest pieces of in-car tech, but they won’t be fitted to the dashboard for much longer. Dash cam giant Nextbase is developing the Hover360 – the world’s first ever drone camera that uses full, 360-degree video technology integrated into a Bluetooth-controlled drone.

The internal battery has two hours of flight power, while the top is fitted with solar panels to improveits range. The drone is GPS programmed to avoid low bridges, and it can fly at speeds of up to 90mph – making it ideal for track days, too. 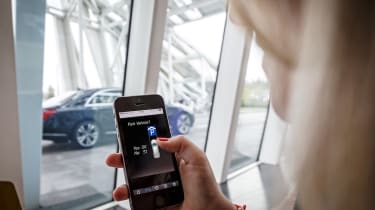 Some of the latest cars are already capable of parking themselves thanks to advanced laser and ultrasound sensors. But Bosch is taking the concept further, by bringing in tech that allows owners to hop out and let the car worry about finding a space nearby.

With a connection to information systems in parking garages and local council bays online, Bosch says a car will be able to determine where spaces are available, and with autonomous tech on-board, drive itself to the nearest spot. Using a smartphone, owners can then call their car back when they wish to head out again. 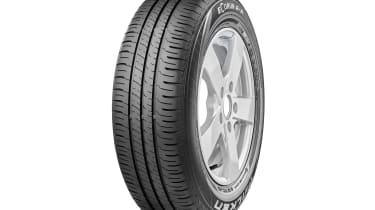 Tyres will continue to be made of rubber, but where that rubber comes from will differ.

Falken Tyres has researched the benefits of using dandelions as a source of natural rubber. The company found that hardy Russian dandelions grow in many areas of the world, and can be converted into rubber. 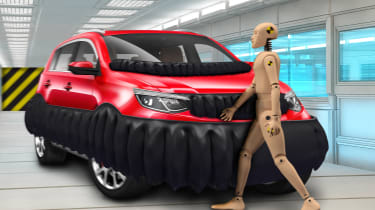 In 2013, Volvo introduced the Pedestrian Airbag, which popped up from underneath the bonnet to protect pedestrians from hard points on the car during a crash.

Now, BEG is looking to take the technology even further, by placing similar airbags around other parts of the car, including door panels. This will not only cushion any impacts for pedestrians and other vulnerable road users, but also those in the car. 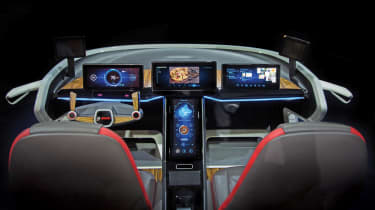 The Internet of Things will eventually see all household items – including cars – connected with each other, allowing them to communicate over the airwaves. This will mean that when driving past a supermarket, drivers can check the contents of their fridge via the car’s infotainment system.

Bosch says its virtual kitchen assistant, Mykie, can even be called to browse through recipes online and add any missing items from the fridge to your shopping list. 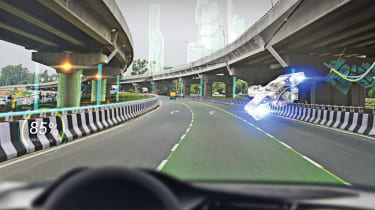 Virtual reality will be a big part of the future, but it won’t just apply to games consoles and mobile phones, as car makers will capitalise on the tech, too.

Infotainment specialist Harman is working with augmented reality company WayRay to embed VR into autonomous cars. The tech will use new holographic systems to project images on any glass surface in 3D, meaning the windows will turn into an infotainment system – much like a large heads-up display.

Harman says it can be programmed to show news, weather and other events, or even turn into a video game.

Using high pressure, the Tea & Coffee machine from CafeCar will be able to heat up water in just seconds to make a cup of tea or coffee.

The sleek device, aimed to be introduced as an optional extra on selected brands by 2019, will slot near the passenger side and will use a separate 1.5-litre water tank inside the glove compartment.

The hot beverage will drip out slowly to avoid any spillage, while a separate safety system detects if a driver is alone in the car, in which case they will need to pull over to the side of the road to use the machine. 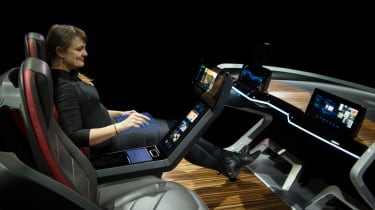 Interiors will also drastically change in the coming years. Car makers like Volvo and Tesla have already replaced many of the interior buttons with an all-encompassing touchscreen, but this still requires you to prod the screen with your fingers. Ultrasound specialist Ultrahaptics has developed a touch-free technology that allows drivers to control the infotainment system via strokes in the air.

The technology sends out ultrasound waves that create a vibration, which mimics the feeling of a button in the air. This will allow owners to ‘tap in’ instructions in the sat-nav without having to touch the screen.

Did you correctly pick out the fake April Fools day car tech ideas? Find out below...