Here's the latest on Tesla's next-generation electric convertible sports car, due in 2019 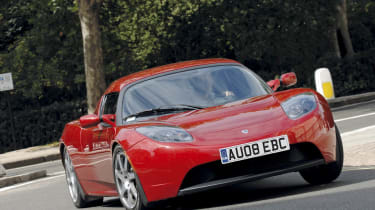 While Tesla is busying itself with mainstream electric cars like the new Model 3 and upcoming Model Y, the firm has already confirmed it will build a second-generation Tesla Roadster electric sports car, and CEO Elon Musk has been tweeting about it again.

The latest impromptu Twitter update from the Tesla boss concerns performance targets for the new model, expected in 2019.

Asked if the next generation Roadster would be capable of 0-62mph in less than two seconds, Musk said it would certainly be an “interesting target” for his team of engineers, but would only count if the car was capable of achieving a sub-two second 0-62mph dash straight off the production line and with street legal tyres fitted.

Tesla is gearing up for a busy end to 2017 with the release of the new Model 3 – not only the firm’s first small saloon car but also its first ‘affordable’, mass production venture. Some 400,000 pre-orders have been taken, and the firm is on track for first deliveries by the end of the year. 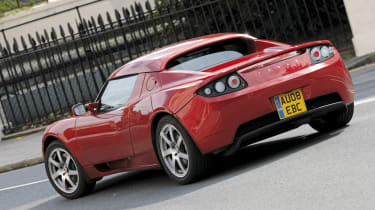 The electric car company is unlike many other carmakers in that it is fairly open about its product roadmap. Tesla CEO Elon Musk frequently shares news of future cars and updates via social media, so we already have a good picture as to just what will follow up the Model 3 in the coming years.

The Model Y crossover – a new small SUV to sit underneath the Model X - will appear in “a few years”, while the company also has plans to introduce commercial vehicles such as an electric pick-up truck due in 2019 and a large semi-truck which will be revealed this September.

Eventually though, Tesla will go back to its roots with an all-electric, two-seater convertible sports car. The firm’s first car in 2006 was the Roadster, and it plans to revisit the electric sports car format by the end of the decade.

In 2015, Elon Musk officially revealed that the next generation Roadster would be four years away, so should Tesla remain on track we can expect it to arrive in 2019. 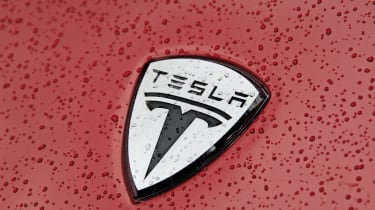 Tesla has developed a considerable amount since the debut of the original Roadster, and as such the next generation car will be a radically different proposition under the skin.

The 2006 car shared its chassis with the Lotus Elise and was produced in limited numbers – just fewer than 2,500 were built. The 2019 Roadster will be designed and built completely in-house, and should benefit from Tesla’s growing level of experience in manufacturing. A proper folding roof arrangement will make the cut, instead of the removable targa top of the first generation Roadster.

With Tesla’s top end P100D Model S saloon now packing hypercar beating acceleration, it’s fair to assume that the 2019 Roadster will be a very fast car off the line. When Musk teased the Roadster almost two years ago, he hinted that Tesla would up the ante on the ‘Ludicrous mode’ of the Model S. The latest update, suggesting that the firm could target a 2-second 0-62mph time, confirms Tesla's ambitions.

• The best tax free cars on the market

Range should be improved too, from the claimed 244 miles of the first generation version and possibly surpassing the claimed 340-mile range of cars fitted with the ‘Roadster 3.0’ improved battery pack.

For now, much about the next generation Tesla Roadster remains speculation, but given Tesla’s habit of breaking silence over new products suddenly and without warning, updates could appear at any time.

Are you excited by the prospect of a new Tesla sports car? Let us know in the comments…