BMW 2 Series updated for 2017 with subtle new look inside and out, alongside new infotainment technology 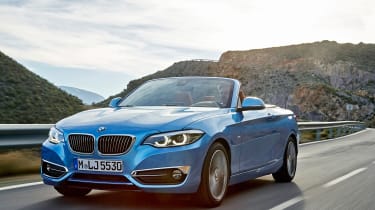 Alongside the lightly refreshed BMW 1 Series, the 2 Series Coupe and Cabriolet have received a facelift for 2017, with minor design alterations, tweaks in the cabin and refreshed infotainment.

In terms of design, the front end of the car now comes with new bi-LED headlights as standard with BMW’s new hexagonal lighting signature. Adaptive full LED headlights make the options list. The headlights flank a new, wider kidney grille, while the front apron has been modified with new air intakes on certain models. 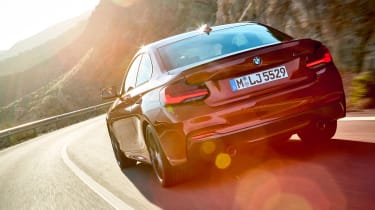 At the back, new LED taillights appear, and the 2 Series gets three new paint options – the Seaside Blue and Sunset Orange tints available on the 1 Series are joined by a darker Mediterranean Blue hue. Four new alloy wheel sets expand choice here to a range of 17 designs and colour combinations. 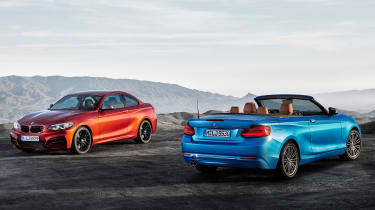 Upgrades in the cabin are carried over from the 1 Series updates. The same tweaks such as a new black instrument panel, a black high-gloss finish on the centre console stack and new air vents are present. The updated 8.8-inch iDrive is included too, again with the option of a touchscreen setup if the ‘Professional’ navigation system is equipped. Connected services including real time on-street parking information and traffic data make the cut.

The engine line-up remains the same as before with a mixture of three, four and six-cylinder petrol and diesel engines, with the flagship M2 sitting at the top of the range. xDrive all-wheel-drive is available as an option on certain models.

What do you make of the 2 Series facelift? Let us know in the comments...