Building the London Taxi: the UK's first car plant in a decade

The London Taxi Company has built a new £300m factory in the Midlands. We've been to see how the money was spent... 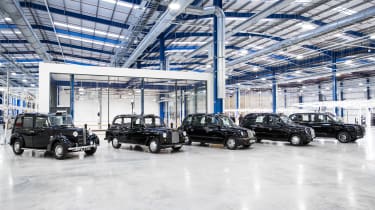 Once the bedrock of the UK automotive industry, the Midlands have been through tumultuous times over the past 60 years. In the fifties Coventry alone was home to 12 different manufacturers and played a fundamental role in cementing the UK’s car making industry as the second biggest in the world and the country as the largest exporter of cars during that period.

Today, of those 12 makers, only Jaguar has survived after waves of economic uncertainty – starting with an increase in competition from manufacturing in mainland Europe and the US and Japan in the seventies – hit the region hard.

Fast-forward nearly 50 years, however, and a new wave of investment has landed on the Midlands’ doorstep, breathing new life into an area which was once the automotive heartland of the UK. 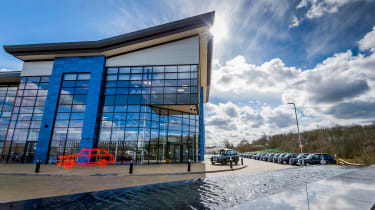 And that investment is coming from one place in particular: the Far East. The Chinese automotive market is moving at a frantic pace and is a region which goes some way to dictating the rest of the globe’s motoring landscape – China is now the driving force behind a wealth of car brands and we’re beginning to see that on our doorstep. To find out first hand how Chinese motor manufacturers are transforming the old factory grounds of the Midlands, Auto Express headed north.

The most recent and biggest arrival in this region is the London Taxi Company (LTC). If you’re thinking that it isn’t exactly new to the area, you’d be correct – the company has been building black cabs in the UK for 69 years. However, the new London Taxi Company bears very little resemblance to the business it was when it was founded 118 years ago, thanks to the investment and backing of Geely – a Chinese conglomerate that is also the parent company to Volvo and recently established Lynk & Co.

Back in March the ribbon was cut and the doors opened on a brand new, state-of-the-art facility in Ansty, Coventry. Work began on the £300million site two years ago to create a factory totally dedicated to the development and production of zero-emissions commercial vehicles.

“It’s the first brand new car plant to be built in Britain in more than a decade, the first dedicated electric vehicle manufacturing facility in the country ever and the first major Chinese investment in the UK automotive manufacturing industry, which brings with it more British jobs,” Chris Gubbey, chief executive of the London Taxi Company, told Auto Express.

“We talk about jobs and this will create over 1,000 British jobs. It still relies on the investment from our parents and partnership with Volvo and their technology, but we are quintessentially a British company. This vehicle was designed by Brits, engineered by Brits and has a high-quality British workforce here in the Midlands,” he added. 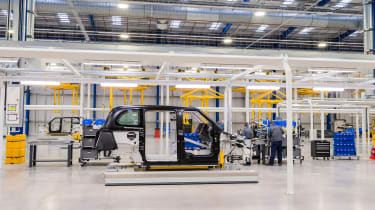 The LTC and the Midlands have a rich collective history, but Carl-Peter Forster, London Taxi Company chairman, explained that nostalgia was not behind the location of the site. The region offers the necessary skillset, economic structure and supplier base required to set up a new facility dedicated to developing and manufacturing zero emission vehicles.

“The Midlands is the industrial heartland of the UK,” he told us. “When it comes to cutting-edge automotive technology, it is certainly where all of it is happening. Look at Formula One: a lot of the teams are based less than an hour’s drive from here [in Ansty].

You have JLR in this area and a lot of suppliers, their capabilities and engineering services.  “This is the area where you have great engineering talent – you have that in other areas of the UK, but the London taxi was at home in Coventry, and always has been. We have great support from the local Government and from the city of Coventry – why would we have gone anywhere else?” 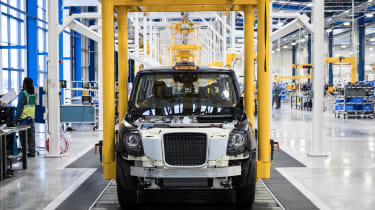 The 37,000-square-metre factory (about the size of 17 football pitches side by side) is capable of producing up to 20,000 cars annually; initially the site will churn out around 8,000 units as production, which begins next month, slowly ramps up. The site also runs a highly automated manufacturing process, which requires only 250 staff to run at full capacity – add in the wider suppler base and new R&D centre at Ansty, and the number of new jobs created in the region increases to around 1,000.

Recruitment at the site is also focused within the local area, where a wealth of manufacturing knowledge and skills still exists. Lee Boyce, director of vehicle assembly, said that given the economic uncertainty the UK and Midlands has seen in recent years, a large proportion of people won’t be concerned about the fact that the investment in LTC and the local region comes from China. He told us: “The world is a very volatile place and economically we have significant passages of stability and then things can fall out of control. 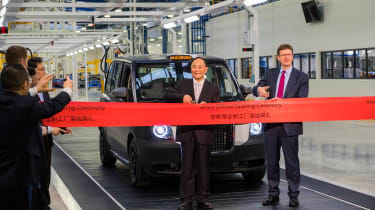 “If I look at the average age of those we are typically recruiting, they’re of an age where they have only worked in a volatile environment and I don’t think they’re too concerned where the investment comes from; they just want to see the opportunities companies like LTC and Geely can present.”

Like the factory, the new TX5 taxis are completely new from the ground up. While the design still resembles those cabs on London’s streets, under the skin the TX5 has been brought into the 21st century. It’s based on a new architecture and powered by a Volvo-sourced range-extender powertrain – comprising a three- cylinder petrol engine which acts as a generator for a large battery pack and electric motors. A pure electric range of over 70 miles has been promised.

The London Taxi Company isn’t the only Chinese-backed company in the region, though. A more familiar household name to many people will be MG, which back in 2012 benefited from a £4.5billion investment from parent company SAIC Motor – one of China’s leading car makers. 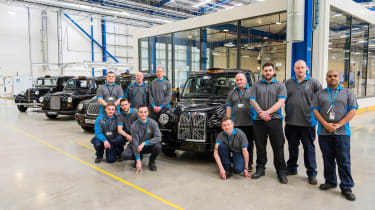 Production of all MG products ceased at the company’s UK base in Longbridge, Birmingham, last year, but the brand – in partnership with SAIC – still operates technical and design centres at the site. Even though the majority of operations have been moved to China, the design and technical teams based at Longbridge are still responsible for helping to create the visual and mechanical identity of the MG brand globally.

SAIC Motor UK Technical Centre Limited (SMTC UK) was established in 2005 to take advantage of, in its words, “the wealth of highly skilled automotive engineering and design talent present in the UK, especially in the Midlands”. The site employs 275 engineers and 25 designers, while MG has various employees across sales, marketing and logistics solely for its UK operations. 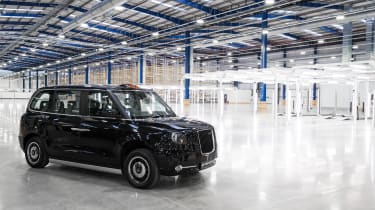 And there’s potential for further growth at the site, because SMTC is tasked with looking forward to future products. It will mean working closer with agencies and local universities on lightweight material and powertrain development, which will require further recruitment, according to MG’s marketing boss Matthew Cheyne.

Another but perhaps lesser known Chinese brand nestled in the Midlands is Changan. The company opened an advanced R&D facility in Nottingham in 2010, but relocated to Birmingham five years later; the site is dedicated to powertrain design and development of future Changan models. The reason for the move centres around the skillset that is still present in the Midlands, with the relocation to Birmingham giving Changan “access to some of the UK’s best automotive engineers”.

The Midlands is far from the hotbed of automotive manufacturing it once was, but there is clearly a new wave of investment and interest in the region. And that investment is all coming for the same reason: the engineering talent and pedigree is still alive and present.