Police stop over 5,000 drivers for lane hogging and tailgating 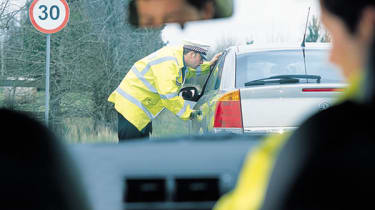 Traffic cops have pulled over more than 5,000 motorists under new laws to curb lane hogging and tailgating.

Auto Express submitted Freedom of Information requests to all 45 forces to see how many they’d stopped and why, and can reveal 5,472 drivers have been stopped since 16 August, when the new powers came into force.

The laws allow police to issue on-the-spot fines and licence points to drivers for careless driving such as lane hogging, tailgaiting or wheelspins. Drivers can also be dealt with by way of an educational course, similar to the drink-driving scheme offered to cut the length of a driving ban.

The exclusive figures show Police Scotland issued the most, with 1,454, although it covers a larger area than many forces. In second place was Nottinghamshire. Many forces were unable to tell us exactly why drivers had been stopped – they could only split them between those pulled over for driving without due care and attention and inconsiderate driving.

However, several forces did break it down. Out of these 600 specific offences, there were 154 lane hoggers – the most (48) in Thames Valley. Undertaking offences were recorded 84 times, as were 46 tailgaters. Drivers doing things like wheelspins or handbrake turns accounted for 143 offences – with 42 of these recorded in Lancashire.

Over the past six months, police also witnessed a host of other offences that fall under the new legislation, including accelerating through a puddle or mounting the kerb.

Some forces don’t issue fixed penalty notices, dealing with cases by traffic offence reports and re-education. But five – Northumbria, Durham, Dyfed-Powys, South Wales and Cleveland – aren’t stopping inconsiderate drivers at all as they don’t have the facilities to offer the education course.

• One in 10 motorists think MOT is an option

Our figures are the first sign of how frequently the new laws are being applied, so we asked key industry bodies for their feedback.

The Department for Transport declined to comment as its statistics work in 12-month cycles. It said any impact on road safety would be difficult to gauge.

But RAC Foundation director Prof Stephen Glaister said: “The encouraging thing is that this new law is being used by police. The long-term test is whether accident rates fall.”

The Institute of Advanced Motorists’ Neil Greig added: “We had doubts about whether it would become a numbers game, but the figures suggest the power’s being used in the right way.”