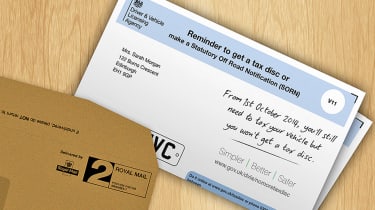 For the majority of motorists, Vehicle Excise Duty (VED) - commonly known as road tax or car tax - is an inescapable aspect of car ownership. Furthermore, it's one that brings with it the annual struggle of deciphering the latest band changes, as the Government tries to squeeze as much cash as possible from drivers.

On 1 April 2020, the latest set of changes to road tax for new cars came into force. This saw the existing VED band structure adjusted for inflation, with tax rates on the rise in almost all areas. Most notably, CO2 emissions were calculated using WLTP (Worldwide Harmonised Light vehicle Test Protocol) for the first time. Auto Express has looked at the numbers, and here you can check exactly how much you'll pay in road tax for your next new car.

How much road tax will I pay?

If you buy a new car, the car's price isn't just what the manufacturer expects you to pay for it, as there are additional costs included. There's VAT, which charged at 20 per cent, for starters, and there's a registration fee - for the number plates and getting the V5C from the DVLA – and any delivery charges that the dealer will also add. Plus, there's road tax, which is officially called Vehicle Excise Duty (VED), as it hasn't been used to pay for road maintenance for many years - though the Government recently announced it would ring-fence VED for roads, so the ‘road tax’ colloquialism holds more water than before.

VED for the first year of a car's registration is calculated differently to the rest of its life. You can find out about how much you'll pay through a car's life here. But in this article, we're concentrating on the amount buyers will pay as part of a new car's 'on-the-road' costs.

For the first year, VED is calculated on the car's carbon dioxide (CO2) emissions. However, recent changes have seen The Treasury raise the amount of first-year road tax for diesel cars that don’t meet the latest emission standards. Our table below shows how much you'll pay if you buy a new car today:

So all new cars that emit more than 75g/km of CO2 have seen a bump up in their first-year road tax costs. In addition, diesel cars that fail to meet RDE2 emissions standards move up one road tax band when compared to their 'clean' counterparts. The last major set of road tax changes in April 2017 saw a fixed rate of road tax applied to cars after their first year of registration, and these new VED rates are not retrospective so can't be applied to older cars.

What is a non-RDE2 diesel?

A diesel that fails to meet the latest emission RDE2 emission standards sit one band higher for the first-year tax rate. Note there is no annual VED increase for diesels, regardless of whether they meet RDE2. All new cars on sale in the UK already conform to the current Euro 6 emissions standards, and they are tested in laboratory conditions to meet this standard, but RDE2 – along with WLTP – is making the requirements even stricter for real-world driving.