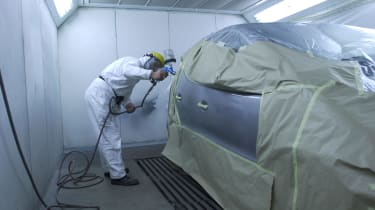 A shortfall in bodyshops will see motorists waiting longer for crash damage repairs and could hike insurance premiums, a new report predicts.

The number of car body repair shops has decreased by a third over the past decade, with another 10 per cent expected to disappear by 2020, according to research by Trend Tracker.

That’ll leave a repair capacity deficit in the UK, creating backlogs and frustrating delays for owners while also increasing the cost to insurers.

The rapid decline in bodyshops is down to a lack of demand, as motorists have driven fewer miles and had fewer accidents in the past 10 years.

Safety improvements such as ABS, standard in the EU since 2007, have also contributed to falling accident rates, while extra congestion means high-speed accidents are rarer, too. 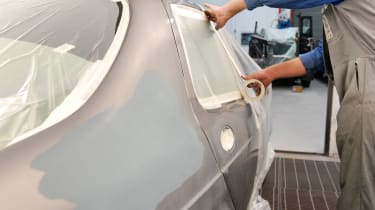 Drivers are therefore less likely to claim for smaller crashes they’re involved in, as it’s more cost effective to protect a no-claims bonus and avoid paying a policy excess. Policy excess is much higher than before, with comparison websites often offering better deals for higher compulsory and voluntary excess.

Trend Tracker’s Robert Macnab said the number of repairs needed is forecast to begin increasing by 2020, due to the number of people on the road rising again as motoring costs fall. And while insurers were spoilt for choice in 2004, quality bodyshops are now rarer.

• More mobile phones being used at the wheel

Technical advances in car production with new materials and hybrid tech mean the average cost of a repair will rise, too. It leaves insurance companies with a decision on how to foot the bill.

Tell us about your experiences with accident repair in the comments below...