Next Government urged to issue guidelines on in-car tech safety 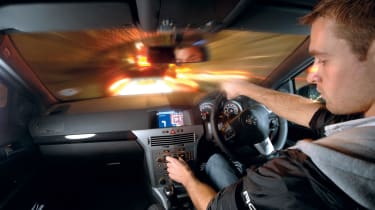 The Institute of Advanced Motorists (IAM) has laid down its blueprint of key priorities it would like the next Government to tackle to try to improve road safety.

In an exclusive interview with Auto Express, IAM chief executive Sarah Sillars said she had four key areas she hoped would be looked at after the General Election is decided on 7 May.

• General election 2015: who is on the side of motorists?

And top of the list is the charity’s growing concern that in-car tech is proving a distraction for drivers.

Connectivity is now a key battleground for car manufacturers, but the IAM believes the likes of smartphone mirroring, social media interaction and sat-nav programming present a genuine danger for motorists.

Said Sillars: “Cars are so advanced that they have become surrogate living rooms. But we are concerned about the distraction element of driving.”

The IAM believes Britain should follow the example of the US, where guidelines were issued in 2013 that encouraged car makers to limit the distraction risk of cabin tech.

They recommend the maximum time a driver should take their eyes off the road to perform a task at any given time is two seconds.

Added Sillars: “Put simply, technology has moved too far for Government. We need research-based guidelines that highlight distraction is an issue.” 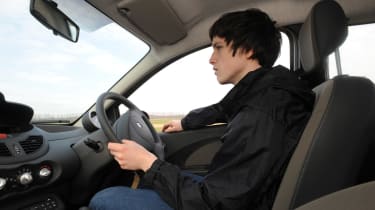 Other post-Election priorities for Sillars include the introduction of the long-awaited – and much delayed – green paper for young drivers. Sillars said the IAM supported a graduated licence programme that would see drivers gaining a wide range of experience on rural roads and in night-time conditions during a minimum learning period.

“The best companies recognize the impact of safe driving on profits, but more incentives are needed to encourage best practice,” Sillars said. 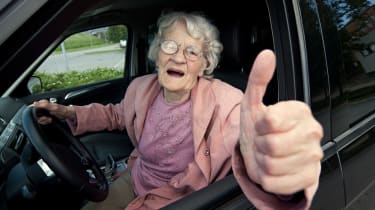 Quizzed on whether elderly drivers should have to take a refresher course when renewing their licence, Sillars said it wasn’t necessary to have compulsory testing but called for better support and advice plus a means for a voluntary assessment.

“Government and medical professionals need to take it much more seriously,” she explained. “People don’t want to talk about giving up driving and we need support with good to information and help from GPs.”

Sillars added that the IAM had hoped road safety would receive more attention in the run-up to Election day. “I am genuinely disappointed none of the parties has featured road safety in their manifestos,” she said.