General election 2015 today! Who's on the side of motorists?

The 2015 general election is today, but how are politicians planning to fix our roads, cut motoring costs and help drivers? 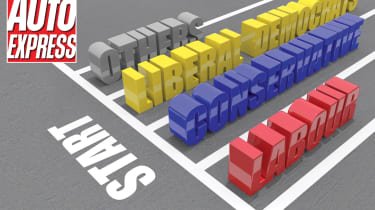 Voters head to the polls today (7 May 2015) for one of the most uncertain and closest elections in recent memory. Motorist make up a huge percentage of the electorate and the leading parties have offered some policies to appease drivers.

A recent Auto Express poll revealed that UK drivers are most likely to be swayed in the general election voting booth by promises of cutting the cost of fuel and increasing speed limits. With the political parties in the UK now waiting nervously on the outcome, who is on the side of the motorist?

The outgoing Government - a coalition between the Conservatives and Liberal Democrats - has invested heavily in road building and maintenance. Following the spate of bad weather last year, they made millions available to councils for surface repairs. However, this was still heavily criticised as being just a drop in the ocean.

The coalition has also scrapped the tax disc, announced that the paper driving licence will be removed and started a digitilisation of the Driver and Vehicle Licensing Agency (DVLA) as it looks to cut red tape and costs.

There's also been a fuel duty freeze which has helped petrol to hit a five-year-low. However, it's not all been great news with a much-anticipated policy on young driver safety and insurance premiums controversially dropped.

What they said: Political party Q&A

So what about the rest? Back in April 2014, we asked the four main parties to outline their plans, focusing on what's caused drivers to complain over the past four years: the state of the roads, rising running costs and young driver safety.

So, which of the parties will win your vote when you get to the polling station later today? Take a look at the responses to our Q&As plus the relevant policies in the party manifestos. 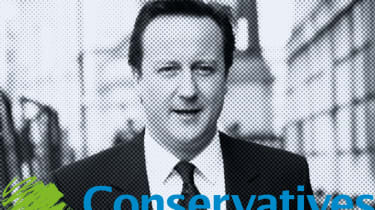 The Conservatives followed Labour's lead by unveiling its Manifesto, and like its opposition there were few things for motorists to get excited about.

The Party started by reminding voters how it had frozen fuel duty since coming in to power, and re-iterated its promise to put £15 billion in to roads in an attempt to alleviate the worst traffic spots in the UK and build 1,300 miles of new roads. David Cameron has also promised to provide enough funding to fix 18 million potholes between 2015 and 20121.

Elsewhere, the Party said that it wants almost every car and van to be a zero emission vehicle by 2050, and over that it will invest £500 million over the next five years to achieve this.

What are your party’s plans regarding the current state of the roads in the UK and how the network can be improved?We’ve been funding the biggest package of road investment since the seventies, trebling the amount of money available for motorway and major A-road projects, and tackling congestion hotspots with the Pinch Point Fund.

We’re also taking action to end the stop-start approach to road funding which has held Britain back, introducing long-term settlements like the five-year plans we have on our railways.

What will your party do to try to bring down the cost of fuel, and how will you do it? We’ve now cancelled four rises in duty planned by the last government, so fuel is 13 pence per litre lower than it would have been, saving the typical motorist £7 each time they fill up.

How will your party tackle the still high price of car insurance?  One of the causes of upward pressure on car insurance is fraud. It’s not right that fraudsters think they can cheat the insurance system and get away with it, driving the cost up for people who play by the rules.

That’s why we’re cracking down on whiplash fraudsters and introducing independent medical panels so that only evidence from accredited, independent professionals is considered. We’re also reducing the cost of compensation claims by cutting the fees lawyers can make by processing basic, uncontested claims. 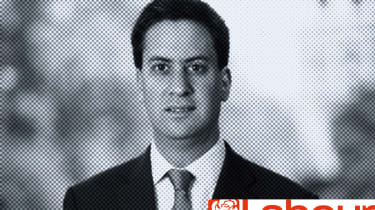 Labour unveiled its manifesto to make Britain better but reserved only a handful of sentences for transport - and, more specifically - motoring policies. It committed itself to support HS2 and restructuring the way bus and rail networks operate.

As far as motoring, Labour said: "We will support long term investment in strategic roads, address the neglect on local roads and promote cycling."

What are your party’s plans regarding the current state of the roads in the UK and how the network can be improved?

Labour wants a road network that works better for all road users. That means: Establishing a long-term strategy for roads, to ensure resilience and improvements for drivers. Prioritising investment in a ‘fix it first’ strategy, focusing on maintenance, and ongoing repair and renewal. This creates jobs and growth and will cut the cost of potholes in the long term – as well as ensuring that there is funding available for unexpected shocks, such as the recent floods.

How will your party tackle the still high price of car insurance?Labour has previously suggested that the insurance industry should offer cheaper travel-to-work-only insurance for young drivers – which would be made possible through telematics technology. We will also take action to improve young driver safety, which will also bring down premiums.

How is your party going to ensure young drivers are safer drivers? What plans do you have for improving the skills of young drivers?Labour wants to create a supportive environment for young drivers in the UK by improving their experience and equipping them to be good drivers for the future. We continue to discuss improving their safety with road safety and motoring organisations, and are open to proposals. 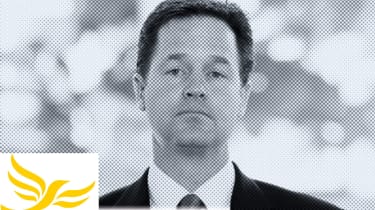 The Lib Dems have officially launched their manifesto with a focus on low emission vehicles. The document calls for a reform to Vehicle Excise Duty (VED) to drive a continuous reduction in greenhouse gas. To do this it wants to see separate bands for diesel vehicles.

The party also reiterated its target of only having Ultra Low Emission vehicles on UK roads by 2040, and says that it will continue to work with industry to accelerate the commercial introduction of zero emission fuel cell electric vehicles, and facilitate the UK-wide introduction of hydrogen fuelling infrastructure.

Clegg previously announced that the Party would award a £100 million taxpayer-funded prize for the first manufacturer that builds a ultra low emission car that makes it into the top five best selling cars in the UK.

What are your party’s plans regarding the current state of the roads in the UK and how the network can be improved?It was announced in the budget that £200million will be made available in 2014/15 – this comprises £168million for England and the remainder for devolved administrations. For England, this will be a bid-based fund. This funding is new money and in addition to the £782million the Government is already committed to provide next year to councils for highways maintenance.

What is your party’s stance on road pricing and road tolls ahead of the 2015 General Election?Our current policy is to bring in a system of cost neutral road pricing. (However, for guidance, this may change before the next election.)

How is your party going to ensure young drivers are safer drivers? What plans do you have for improving the skills of young drivers?  The Government announced a green paper on young drivers. It’s expected to highlight a number of policies that would protect young drivers and other road users. By targeting safety measures at the groups of drivers most likely to have accidents, we aim to reduce premiums for everyone. 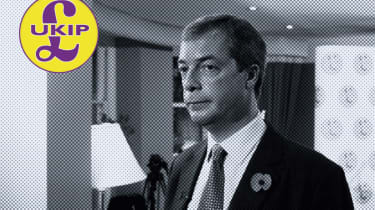 The party also wants to remove all road tolls where possible and allow contracts on existing tolls to expire so that drivers are no longer charged. There was also a call for speed cameras not to be used by councils as revenue-raisers but install them only in accident black spots.

UKIP also wants to ensure that any kind of Europe-wide pay-as-you-go scheme for cars isn't introduced, and claims that the use of eCall is a way for Governments to introduce this. It states that it would block any mandatory fitment of eCall and anyone with the system already in their cars would be able to disable it.

Classic car owners will be interested to hear that UKIP would abolish VED for any cars over 25 years old.

What are your party’s plans regarding the current state of the roads in the UK and how the network can be improved?UK Independence Party councillors in town halls will work to fix potholes and make sure roads are kept at a high standard. Years of neglect have led to many roads left in disrepair, yet all the while council tax has increased. UKIP will work to freeze and cut council tax, where possible, and spend every penny on front-line services.

What will your party do to try to bring down the cost of fuel, and how will you do it?UKIP is the party of the motorist and we will address the high cost of petrol and diesel. Studies, such as those from the CEBR and FairFuel UK, have shown that lower fuel duty can help the economy, generate growth and create jobs. We are incredibly sympathetic to their views.

The Green Party has also revealed its manifesto, and there are some controversial ideas particularly around the road infrastructure. It has called for the £15 billion currently pledged for the roads programme to instead be used on subsidising public transport, investing in walking and cycling and fixing potholes on existing roads.

The Greens also want to bring speed limits down to 20mph in residential areas, including main roads where people work and live, in a bid to cut fuel use and casualties. These limits would be enforced by speed cameras and policing.

Other plans include presumed liabilities for motorists involved in an accident with a pedestrian or cyclist. The manifesto says that if the casualty has contributed to the accident then compensation should be cut, unless the victim is a child, elderely or impaired.

Plaid Cymru - the Welsh national party - was the first party to unveil its whole manifesto for the May 7 General Election. Its transport policies include bringing the Severn Bridges into Welsh public ownership to cut tolls and reinvest the money in Welsh transport infrastructure.

The party is also promising a fuel duty regulator to stop sudden price spikes, plus a fuel discount for rural communities in Wales. In addition, it's made a pledge for additional charging points for plug-in cars in the country.

What do you think of the policies laid-out so far? Will any of them do anything for the motorist? Join the debate in the comments section below...