More pressure on dirty diesels as courts get tough on pollution 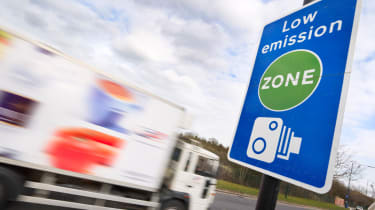 • Diesel cars to be hit by pollution charge in cities

The ruling is the result of an ongoing legal battle between the non-government organisation ClientEarth and the UK Government over the failure to lower nitrogen oxide (NO2) levels and meet air pollution targets set by the European Union. The Department of Environment, Food and Rural Affairs (DEFRA) must now consult on air pollution plans and submit them to the European Commission by 31 December.

This decision is likely to have a major knock-on effect for motorists, with diesel cars under increasing scrutiny over the amount of NO2 that they emit.

A spokesman from ClientEarth told Auto Express: “We want to see the dirtiest diesels out of the most polluted areas, mainly city centres. While this applies to cars, the public transport fleet needs to be updated as does the haulage fleet in the UK.”

Other plans include implementing levy-based Ultra Low Emission Zones – similar to the one in congestion charge area of London – in 16 parts of the UK where NO2 limits are being breached. These include Teesside, The Potteries, Kingston Upon Hull, Southampton and Glasgow, and mean drivers of so-called ‘dirty’ vehicles have to pay a surcharge to enter these areas. 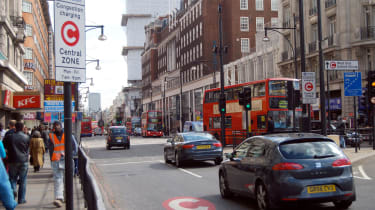 Mike Hawes, chief executive of the Society of Motor Manufacturers and Traders, defended diesel cars, saying: “Today’s diesel engines are the cleanest ever: hi-tech filters capture 99 per cent of particulates and NO2 emissions are down 84 per cent since 2000.”

DEFRA claims that the UK is compliant for nearly all air pollutants, bar NO2, and that 17 other members of the EU are exceeding their set limits. A spokeswoman added: “Work is underway on revised plans (since February 2014) to meet EU targets on NO2 as soon as possible.”

VED bands set for a shake-up, too

A drop in revenue raised from Vehicle Excise Duty (VED) could mean a change to VED bands for low-emitting vehicles.

A new report by the SMMT and the Centre for Economics and Business Research (CEBR) revealed that Band A, for cars up to 100g/km, would be replaced with three new groupings.

These would be for cars emitting 0-50g/km, 51-75g/km and 76-100g/km. The report suggests that by 2025, nearly three-quarters of all new cars would be exempt from VED payments altogether under the current tax bands. This will squeeze the revenues raised by taxation, and put pressure on the Government to address the issue.