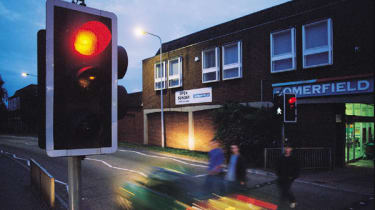 Nearly half the motorists found guilty of a hit and run offence in the UK said they were unaware of the legal obligation to stop and provide their details or report the accident to the police. This is one of the findings in new research compiled by the Motor Insurance Bureau (MIB).

The research, conducted on behalf of MIB by the Department of Criminology at the University of Leicester, found 45 per cent of convicted hit and run drivers claimed they would have stopped to report the incident if they had known it was a legal offence to flee the scene of the accident.

• What to do after a car accident

In 2014, there were a total of 163,554 road traffic accidents in the UK where someone was injured, with one in ten involving a hit and run driver. According to the DVLA, failing to stop and report an accident can result in between five and 10 penalty points on your driving licence, on top of any other convictions received.

The research also found that young drivers aged between 16 and 34 were more likely to leave the scene of an accident because they were uninsured, had been drinking, or because they panicked. A worrying six per cent of young drivers said nothing would have made them stop and report the accident – they were determined to escape the scene. 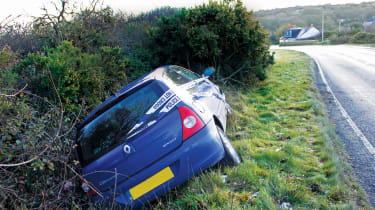 Oddly, the recent crackdown by the Government on uninsured drivers has had little impact on reducing the number of hit and run drivers. The number of uninsured motorists has fallen by half from two million in 2005 to one million a decade later - but, according to MIB, a fall of similar scale has not been achieved with hit and run motorists.

Ashton West OBE, chief executive of MIB, explained: "Being involved in an accident can be an unsettling and traumatic experience which is made worse when the other driver doesn’t stop. There is a real need to understand why there are so many ‘hit and run’ accidents.

“Until now we have focused very much on dealing with the problem of driving without insurance. While the level of uninsured driving in the UK has halved in the last 10 years, the number of claims reported to the MIB from ‘hit and run’ incidents has not fallen by anywhere near this amount."

He added: "We are working to raise awareness of ‘hit and run’ offences and the impact on society with the ultimate aim of bringing the number of incidents down."

Have you ever witnessed a hit and run accident? Tell us about it in the comments below...