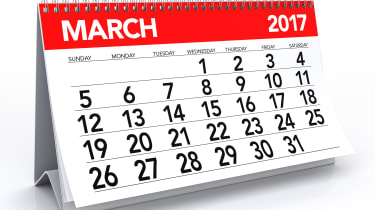 Over half of UK drivers are overpaying for their insurance by signing up to monthly instalments rather than making a single annual payment, an exclusive Auto Express investigation has revealed.

Comparing premiums from various insurers, Auto Express found motorists who opt to pay for their policy on a monthly basis are charged 10 per cent more on average for the same cover, because insurers charge up to 19 per cent interest on monthly fees.

• Car insurance: how to cut costs and get a great deal

Comparison site Gocompare.com claims 52 per cent of motorists opt to buy policies with payments split over 12 months. Buyers choosing even the cheapest policies can end up spending £50 more when paying this way, while those who select pricier premiums that bring perks like breakdown cover and courtesy car options were found to pay hundreds more over 12 months.

The findings come after the Association of British Insurers (ABI) said motor premiums have reached record high levels, with an average comprehensive policy costing £462. A spokeswoman for the ABI explained: “Customers paying for their car insurance in monthly instalments are effectively taking out a loan for the cost of the cover and paying it back over 12 months, which means they incur interest and generally pay a higher total bill.”

But these interest rates can be as high as 19.2 per cent for some lenders, such as Endsleigh. And even the cheapest quote we received for our 42-year-old, 16-plate Ford Focus owner in Banbury, Oxon, included high interest fees. Aviva quoted us a 15.9 per cent variable interest rate, with 31.9 per cent APR. A spokeswoman from Aviva told us its APR charges range from 10.9 per cent to 39.9 per cent.

Matt Oliver, car insurance expert at Gocompare.com, advised motorists to consider other ways to pay for insurance rather than opting for monthly payments, including “paying for your insurance on a zero-per-cent purchase credit card”.

Why paying monthly doesn't add up

Quotes for a 42-year old in Banbury, Oxon, driving a 16-reg Ford Focus

What do you think of our findings? Have you been charged a huge amount for your premium? Let us know below...