Drivers are lying to their insurers despite the fact that those who withhold details risk invalidating their insurance, and prosecution 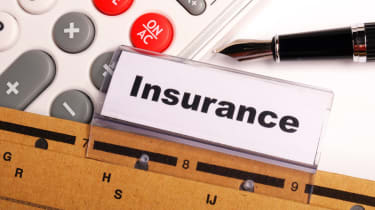 Nearly a quarter of drivers have lied to their car insurer about points on their licence, a new study has found.

According to the RAC, 23 per cent of drivers have not informed their insurer about penalty points on their driving licences. There are currently 2.8 million drivers with points on their licence, meaning around 654,158 drivers are risking invalidating their insurance.

Under the Road Traffic Act, it is an offence to withhold relevant information – such as penalty points – from your insurer when applying for cover.

Worryingly, a further 18 per cent of respondents said they would not tell their insurer in the future if they received points. The RAC said drivers are likely to be withholding information about penalty points from their provider to keep their premiums down.

The research also found that 10 per cent of drivers know someone who has incurred penalty points but persuaded their partner to take them instead.

RAC insurance director Mark Godfrey said: “It is the duty of every driver to inform their insurer of any circumstance that might affect the contract they have with them, both during the insurance term and at renewal."

“Not declaring penalty points is a serious matter as it puts drivers at risk of holding invalid insurance as well as potentially incurring substantial penalties from the police or even a prosecution. The onus is always on the person taking out an insurance policy to make any incident known that could influence an underwriter in calculating a premium, even if they are not requested to provide such information.”

“The best advice with insurance is always be completely open and honest – that way your policy will be there to protect you when you need it.”

Have you not told your insurer about penalty points on your licence? Tell us in the comments below...