Chinese brand GAC shows its new Trumpchi SUV in the US for the first time, but it won't come to the UK 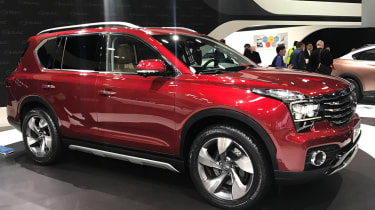 This is the latest model from Guangzhou Automobile Group Company (GAC), the Trumpchi GS7, as seen on the brand's Detroit Motor Show 2017 stand.

The GS7 is described as a mid-sized SUV with five seats, although as it's in the US that means it would be considered to be a large SUV in the UK -not that it will ever arrive on our shores. It features a 2.0-litre turbo petrol engine under the bonnet.

While the name suggests that it could be cashing in on recent events in the US, the Trumpchi brand has been around since 2010 - but it's being pushed onto the US market this year with this appearance on the main show floor. GAC also showed a hybrid concept called the Enspirit and its GE3 electric car. 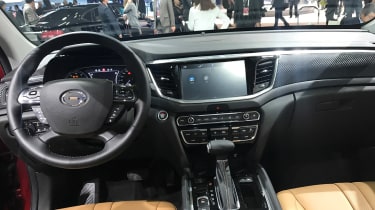 “We are very pleased to debut our GS7 mid-sized SUV in front of a global audience here in Detroit,” said Feng Xingya, GAC general manager. “And we are really excited about our new hybrid and electric vehicles as well.”

The Trumpchi GS7 is clearly influenced by SUV designs from big-name brands, with a back-end that reminds us of the Toyota Land Cruiser and Nissan-like alloy wheels.

Would you buy a car called Trumpchi? Let us know below...