Chery's Exeed TX SUV is set to arrive in the UK, although the Chinese state owned company is yet to confirm when 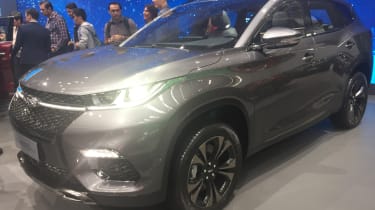 Chery has unveiled the car that will spearhead its assault into the European market at the Frankfurt Motor Show.

The Nissan Qashqai-sized SUV, called the Exeed TX, will introduce a brand new design language for the state-owned Chinese car maker. And it is destined for showrooms in Britain and the continent, although the brand is remaining coy as to when it will launch here.

"We will be on sale in a matter of years with this car but I wouldn't like to put a timeframe on it," said research and development boss Ray Bierzynski.

The car on show in Frankfurt is a pre-production glimpse of what customers will be offered and is based on a new M3X platform which will be used in future for a seven-seat SUV and a saloon, and can accommodate hybrid and plug-in hybrid models. 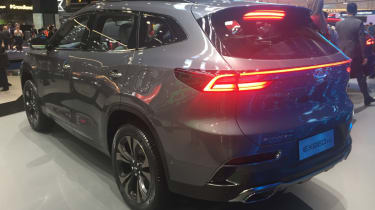 Two engines will be offered – 1.5 and 1.6-litre petrols, while front and four-wheel drive versions will be available when the car goes on sale in China next year.

The firm has four manufacturing sites in its homeland, which it says are collectively capable of producing over one million cars at full capacity. Last year, the company produced 700,000 vehicles with 100,000 of them exported, representing 30 per cent of all Chinese vehicle exports.

Explaining the brand’s expansion plan, Bierzynski added: “Chery is the number one exporter from China. We have a strong global presence but we haven’t yet gone to mainstream Europe and North America or South America. It’s the logical evolution of our brand to take the next step.” 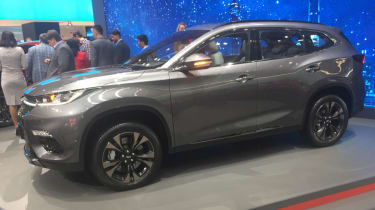 And Bierzynski admitted that it has some big names in its sights. He continued: “In terms of global products, Chery and the brand pyramid, if you look at entry level, value, premium and luxury, Chery has historically been entry-level along with other Chinese manufacturers but we want to move up – Chevrolet, Ford, Hyundai, Kia and then ultimately Volkswagen etc.

“Our target is those initially, but from a design standpoint we want to reach beyond that and start looking at perceived quality from Audi, Mercedes and BMW.

“If there is any hesitation based on traditional perceptions of Chinese brands, we want to take that right off the table.”

And Britain could have a role to play in Chery’s European expansion with the brand now actively looking at locations across the continent for a new research and development centre.

Bierzynski confirmed: “We have two guys here [in Europe] exploring sites. We don’t have a specific location in mind but anywhere is fair game that has a supply of talent for engineering or design.”

What do you make of the Chinese car industry's moves towards Europe? Let us know in the comments...