Updated David Brown Speedback GT gets 90bhp power hike, host of styling enhancements and is limited to 10 models at £620k each 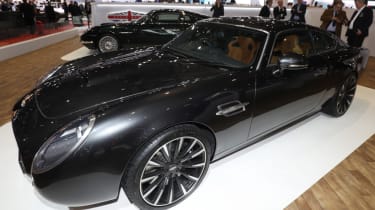 Based on the same Jaguar XKR rolling chassis as the standard Speedback GT, the Silverstone Edition’s 5.0-litre supercharged V8 now produces 593bhp – a 90bhp increase – thanks to ECU and supercharger tweaks. Top speed is capped at 155mph, while 0-62mph is said to take 4.2 seconds.

Engine and performance upgrades are only part of the story, though. Taking inspiration from jet planes and motor racing of the 1960s, and built to celebrate David Brown Automotive’s first year in its Silverstone factory, the new model is a stealthier-looking car than the Speedback GT. 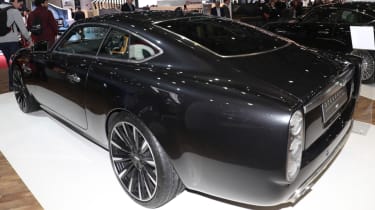 Sitting on 20-inch ‘Afterburner’ alloy wheels, the Silverstone Edition sports a mesh, rather than slatted radiator grille, and features far less chrome than the standard Speedback. The remaining brightwork is brushed chrome-plated aluminium, while the David Brown Automotive badges are finished in monochrome instead of the colours of the Union Flag.

Extended side sills, a larger front spoiler and bigger side vents also feature, while the Silverstone Edition is finished in ‘Fly by Night’ paint, adorned with a subtle centre stripe. Clear rear light lenses, a larger rear spoiler and ‘jet inspired’ exhaust tips complete the look at the rear.

Inside, the Silverstone Edition’s seats are finished in intricately-brogued leather, and aerial maps of Silverstone sit on the dashboard and headrests. The small rear seats of the standard Speedback have been removed for extra luggage space, but the ‘event’ seat – which unfolds from the boot floor - remains, and underneath it sits a custom-made camera storage case. 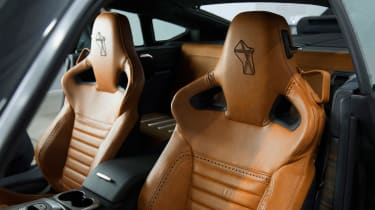 More photographic nods are to be found at the LED headlights, which, taking inspiration from 1960s spy planes, have been designed to resemble camera lenses. Interior tech includes a 7.2-inch infotainment system, sat nav and a Bowers & Wilkins stereo.