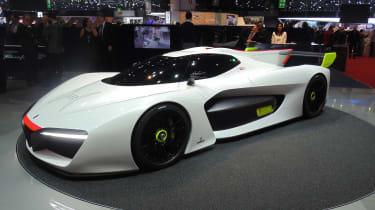 Pininfarina is back with a bang at this year's Geneva Motor Show with its new H2 Speed. The fuel cell model is said to be "halfway between a racing prototype and a production supercar".

The outfit has suffered financial woes in recent years but was bought up by Indian carmaker Mahindra at the end of 2015. This the first concept car from Pininfarina we've seen since the 'Sergio' in 2013, which was built to commemorate the life of the famed former chairman of the company who died in 2012. 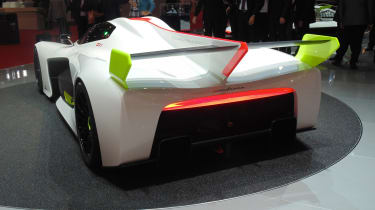 The H2 Speed promises a 0-62mph in 3.4 seconds, and weighs a slim (for a hydrogen car at least) 1420kg. It's designed to "explore the potential of racing tech", so don't expect a production car on the streets any time soon.