'UK car insurance is a minefield, here's how to get a cheaper deal'

After speaking to AA insurance guru Ian Crowder, Mike Rutherford shares some advice on how to get the cheapest premium you can 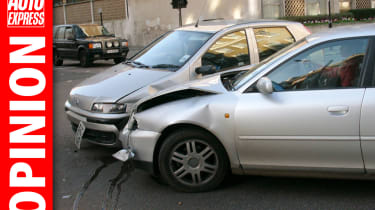 I’ve been a harsh critic of car insurers and their inflation-shattering price hikes over the decades. But I’ve just been subjected to a softer, more consumer-  friendly approach from the insurance industry. And frankly, I liked it.

Mr BIPI (aka Ian Crowder) is to blame. On radio, TV and in Auto Express he’s the AA insurance guru I’ve had several run-ins with, as he’s had the thankless job of defending the less than perfect industry, while I’ve had the easier task of complaining that the price of cover is too often too high.

Take the latest from the Mr BIPI-inspired AA British Insurance Premium Index (BIPI). It reveals the “average” price of a third party, fire and theft certificate is now considerably higher than the price of an “average” comprehensive policy.

“So the inferior product costs more than the superior one. That’s a blatant rip-off, isn’t it?” I inelegantly asked/told Mr BIPI. He agreed that such an anomaly makes as much sense as a bottle of beer costing more than a bottle of champagne. But after explaining that almost every older, experienced, safer driver goes for maximum (fully comp) whereas young, inexperienced, less safe drivers tend to opt for minimum cover (TPFT), my “blatant rip-off” allegation falters.

Another revelation from Mr BIPI is that while buying direct from insurance companies was the cheapest option four years ago, it’s now the most expensive. The inference is clear – if it’s about securing the lowest-price certificates, avoid those direct sellers and use comparison sites every 12 months, if necessary flipping from company to company annually to qualify for prices only available to ‘new’ customers.

Mr BIPI even admits that long-term clients can temporarily leave but effectively remain with the same company, thereby enjoying ‘new’ consumer status. Simply hold your nerve, refuse to renew at a high price by the 11.59 deadline before buying cheaper cover as a ‘newbie’ a few minutes later. Naughty and slightly risky, perhaps. But legal. And cost-effective if disciplined enough to do the same thing year in, year out.

Final thing – another tip from Mr BIPI when trying to buy the cheapest cover is to put mum, dad, girlfriend or boyfriend down as a second driver. The baffling quirks of the insurance ‘system’ often mean more names on a policy equate to a lower overall price. Mad, but very true.

Have you got any tips on how to make your insurance cheaper? Let us know in the comments below!