Sound test debut, but fuel economy is a concern. 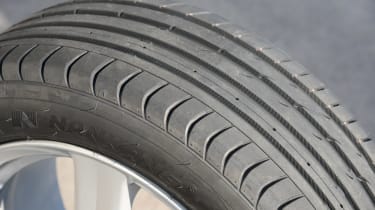 Sound test debut, but fuel economy is a concern

The gap between the Far Eastern and premium brands is clearly shrinking as this performance from Chinese producer Nankang shows. While it’s down the results table in most tests, the margin is often small.

It provided a surprise on the wet handling track, where some budget makers struggled. The AS-2+ was under a couple of seconds off the winner’s pace and felt controlled and secure, with traction out of turns the only real problem. Less convincing was wet braking; it needed seven metres more than the Conti.

Aquaplaning was good in a straight line, but those wide grooves held it back in the lateral test. A bit noisy, although its main problem is fuel economy; it uses around six per cent more than the frugal Dunlop.