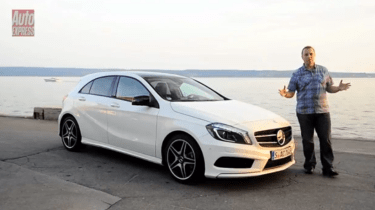 To celebrate Auto Express' 25th anniversary, we've picked out some of the most popular videos on our YouTube channel.

Since we started filming cars in 2006, our videos have attracted around 60 million views. So we decided to pick our three most watched videos ever.

The most popular standalone single car review we've filmed is the Mercedes A-Class video review, which is appropriately presented by our editor-in-chief, Steve Folwer.

We've filmed a number of track battles over the years, too, and our most popular is the Nissan Juke-R versus the GT-R on which it is based.

Lastly, our bike versus car videos always prove a hit, and this next one is no exception. Watch in awe as a £180,000 Lamborghini LP570-4 Superleggera battles an 180bhp Aprilia RSV4 Superbike.