The launch of the 996 generation in 1999 marked one of the most significant changes in 911 history, with the introduction of a water-cooled flat-six engine. 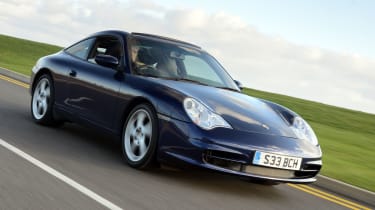 The launch of the 996 generation in 1999 marked one of the most significant changes in 911 history, with the introduction of a water-cooled flat-six engine. Ever tougher noise and emissions regulations required Porsche to make the switch from air to liquid cooling and, for some, the purity of the 911 line was tainted as a result. 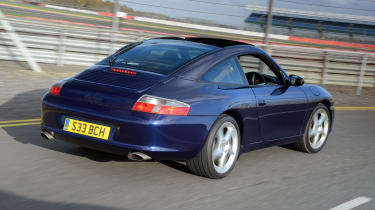 But that didn’t stop Porsche from evolving the 911 further than before. As with its predecessors, the full range of bodystyles was introduced over the following years, with the Targa arriving in 2002 to coincide with a minor facelift. This added revised headlights after some owners had complained about the similarities between the 911 and its Boxster sibling.

As with the 993-generation car, the Targa was based on the Convertible, so the distinctive curve of the rear side windows is replaced by a sharp point, and a sliding glass roof section tucks away under the rear screen when it’s opened. Again, there’s a fabric roller blind to shade the cabin in bright sunshine, but the glass wind deflector is replaced by a more conventional, black pop-up version. 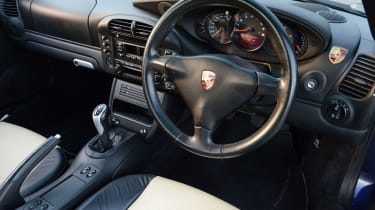 You could hardly call the 911 practical, but later models do have a decent-sized front boot, and another neat feature boosted the 996 Targa’s versatility – leave the glass roof closed, and you can open the rear window like a glass tailgate at the push of a button. Fold the back seats down, and there’s a handy-sized load area that will accommodate more than the average weekly shop – you could even throw in a couple of sets of golf clubs.

At the moment, the 996 is a bit of an unloved 911. While values of air-cooled 993s are rising, this generation is at the bottom of its depreciation cycle, thanks to the lack of enthusiasm for water cooling and some questions over its reliability. But the Targa version has an element of rarity on its side, so it could be a decent investment for the future. 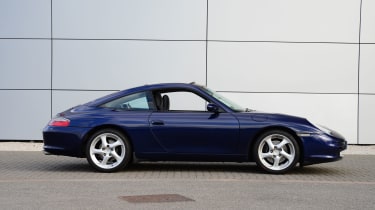