Chrysler axed in the UK 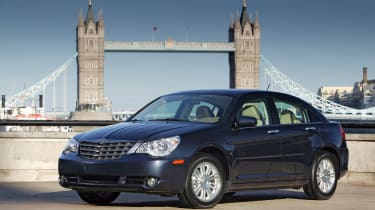 The Chrysler brand will be axed in the UK within two years.

As of today, the Chrysler brand is being withdrawn from sale and will officially disappear from these shores by 2017. Declining sales and a product portfolio crippled by ever more stringent CO2 regulations have catalysed the brand’s exit.

Chrysler’s big saloon, the 300C, has effectively been deleted as has the Grand Voyager. It leaves the Ypsilon supermini as the only model in the range – but it will be sold on an order-only basis until the American brand finally calls it a day in the UK. 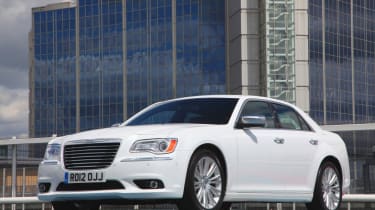 The axe falling on Chrysler’s UK operations is being repeated in mainland Europe, too. Fiat Group is culling Lancia from all European markets meaning it will serve just its home Italian market.

Chrysler’s exit will sweep in a raft of changes for the Fiat Group in the UK. Its sales network coverage in the UK is being overhauled with Jeep and Alfa Romeo dealers now joining forces, and Fiat and Abarth dealers operating from dual sites. Some dealers that already sell all Fiat Group brands under one roof will continue to offer all products apart from Chrysler.

The news brings an end to a tough few years for Chrysler in this country. The company’s 300C and Grand Voyager were joined by the Fiat 500-based Ypsilon and VW Golf-rivaling Delta in 2011 and consequently widened the model range and opened up the American brand to new customers. 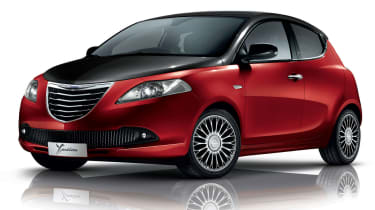 However, the Delta was deleted from UK price lists last year leaving the Ypsilon, 300C and Grand Voyager. Both the big saloon and people carrier have soldiered on without updates despite newer models appearing in the USA. Last year the brand registered 1,982 cars in the UK – more than 21 per cent down on 2013's total.

Howkins told Auto Express that Fiat Chrysler Automobiles is instead ploughing money into its other American brand – Jeep. Over the next three years, the current three-car range will be joined by a mid-sized Nissan Qashqai rival and a range-topping large SUV currently dubbed ‘Grand Wagoneer’.

What do you think to Chrysler disappearing from the UK? Let us know in the comments below...