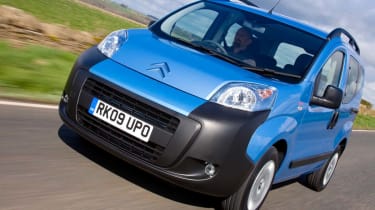 If you like putting labels on things, the Citroen Nemo Multispace is technically a budget-supermini MPV - but it’s probably best to think of it as a very affordable small family car. Its boxy outline and utilitarian interior are a world away from the sleek style and comforting cabins you’ll find in the best family hatchbacks, yet the Nemo Multispace compensates with practical twin sliding rear doors and attractive prices. The range couldn’t be simpler as there’s one trim level and one engine – the only choice you have to make is whether or not to go for the manual or EGS automatic gearbox.

The Nemo is based on the same underpinnings as the Fiat Punto, but that doesn’t mean it drives like a proper supermini. In reality it handles just as you’d expect a tall-riding MPV to handle. Visibility is excellent, the steering is direct and its soft suspension does a good job of absorbing bumps, but this does little for its agility. Keep to modest speeds and the Nemo is fine, but if you up the pace there’s plenty of body roll in corners. Mind you, you’re unlikely to be too worried by this when you look at the Nemo’s performance figures. The 0-62mph sprint takes a leisurely 16.6 seconds in the manual, so it struggles to keep pace with fast-moving traffic.

This is where the Nemo Multispace really begins to make sense. Its 1.3-litre HDi diesel engine is very efficient, with claimed economy of 65.7mpg. Low CO2 emissions of 119g/km are also impressive, but if you opt for the automated manual model, which also features stop-start, this figure drops to 112g/km. Add affordable prices, and the Citroen begins to look very attractive, but there are a few notes of caution, though. Most important of all is the fact that air conditioning isn’t fitted as standard, so you’ll need to spend extra on this.

Make no mistake about it, you won’t be choosing a Nemo Multispace if looks or image are important. However, as boxy MPVs go, the Citroen looks pretty smart, with chunky detailing and purposeful styling. It’s closely related to the Fiat Qubo and Peugeot Bipper Tepee, so if you’re considering a Nemo, give them both a look. The Citroen’s unpainted bumpers are designed to withstand the odd scuff. The interior is equally robust. Its functional design puts the emphasis firmly on user friendliness, so the gearlever is located high up on the dash, the rear seats can be removed and the materials are durable rather than luxurious.

If you want maximum space for a minimal outlay, the Nemo has plenty going for it. Its 365-litre boot is comparable with a proper small family hatchback, and if you fold the back seats forwards, you can liberate as much as 890 litres of space – it should come as no surprise that you can also order a van version. Twin sliding rear doors make it easy to get in and out of the back, and there’s plenty of headroom, but once again there are drawbacks. For instance, the rear side windows don’t slide down, they pop out like you find on budget city cars. This is fine if you specify the optional air-con, but not if you’re relying on standard ventilation to keep the car cool. The back seats are heavy if you want to take them out, too.

Despite its bargain basement billing, the Nemo comes fitted with the usual raft of safety gadgets. This includes electronic stability control (ESP) to help you stay in control and four airbags in case you don’t. The passenger-side front airbag can be switched off if you need to carry children up front, and there are Isofix mounting points on each of the outer rear seats. The Nemo was awarded a three-star Euro NCAP crash test score when it was tested in 2010, and that was before ESP was fitted as standard. Citroen isn’t famous for its reliability, and elements of the Nemo’s interior feel a bit flimsy, but the brand regularly scores a mid-table finish in our Driver Power satisfaction survey. 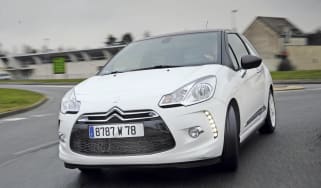 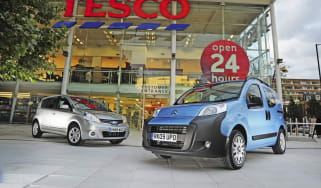 Citroen claims its new Nemo combines the talents of a supermini-MPV, estate and family car. We test it against one of the best of each.
Skip to HeaderSkip to Content