Newcastle is the worst city in the UK for unfair parking tickets, with 66 per cent of appeals proving successful 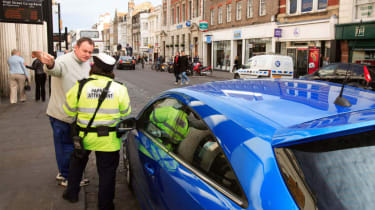 The worst cities in the UK for unfair parking tickets have been revealed, with Newcastle topping the list.

Over a 12-month period, Newcastle City Council issued drivers with 80,972 penalty charge notices (PCNs) for parking infringements. Of these, 19,654 were appealed, with a 66 per cent success rate, meaning a total of 12,888 parking tickets were overturned in the city.

The data - which car buying and leasing site AMT obtained via a series of Freedom of Information requests - covers the 12 months between 1 January 2018 and 31 December 2018, meaning all of the cases involved will have been settled, potentially unlike cases that happened in 2019.

The second-worst city for unfair parking tickets was Liverpool, where 12,921 of drivers’ 89,190 PCNs were successfully appealed. Cardiff, meanwhile, was third - 7,328 out of the 66,621 tickets were overturned.

At the other end of the scale, Norwich was the city where the lowest proportion of parking ticket appeals were successful. The city issued 26,530 PCNs for parking infringements in 2018, of which 6,541 were appealed. Of these, just 579 were overturned.

Drivers in Leeds were the most likely to appeal a parking ticket, with 30 per cent being challenged, while just 0.11 per cent of parking PCNs in Edinburgh were appealed.

If you receive a parking PCN from a council, you have two weeks to write to them with an informal appeal. In order for your appeal to be successful, you’ll want to gather as much evidence as possible.

This may include a pay and display ticket, photos of a car park sign that’s worded in an unclear way, a witness statement from someone with you at the time, a repair note if you stopped illegally due to a mechanical fault, or photos of the road markings or lack thereof.

Have you ever received a parking ticket in one of these cities? Let us know in the comments below...