The Ferrari 599 GTB Fiorano is one of the world's most exclusive supercars, and offers sensational performance 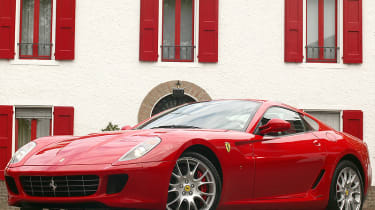 The Ferrari 599 GTB Fiorano offers a combination of long-distance touring ability and all-out supercar performance that few cars can match. It is a true GT car that replaces the 550 and 575 Maranello. It uses a front-mounted 6.0-litre V12 that debuted in the limited-run Enzo supercar and produces a colossal 620bhp and 608Nm of torque. On the inside, the classy interior oozes flair, using top-quality leather, aluminium and carbon fibre. The 599 comes as standard with a six-speed manual, but is also offered with Ferrari's brilliant six-speed sequential manual gearbox, with steering wheel-mounted paddles. All this doesn't come cheap however, only a lucky few can afford such exotic machinery as the 599 GTB.

Put simply, the 599 GTB offers ballistic performance. The 0-62mph sprint takes just 3.5 seconds while top speed is a heady 205mph. Grip levels are equally impressive, and with the help of the clever F1 Trac traction control system, the 599 remains stable and confidence inspiring even when pushing on. In fact all the 599's systems work brilliantly, allowing drivers to enjoy the fantastic handling and blistering performance more of the time. And unlike the hardcore 599 GTO, the GTB is a relaxing cruiser when you just want to cover long distances in comfort.

There are few Ferrari owners who worry about day to day running costs, which is just as well because the 599 returns around 13mpg and produces emissions nearing 500g/km. The cost of servicing, parts and insurance are all considerably higher than average, while depreciation will be a major concern for all but the very wealthiest of owners.

The 599 GTB boasts classic front-mid engined styling, albeit with several intriguing and exciting highlights. The intricately styled all-aluminium body features a pair of aerodynamic flying rear buttresses, while the familiar sunken round tail-lights are unmistakably Ferrari. The rear is dominated by a pair of large twin tailpipes and a racy-looking aerodynamic underbody diffuser.

Despite the performance on offer, don't be fooled into thinking the 599 is a stripped-out race car for the road. The two-seater cabin is very spacious and even features a handy luggage shelf under the curved rear window. Decent sized door bins, a useful glovebox plus the 320-litre boot mean the 599 can easily be used as daily transport - should you wish. Ferrari also offers bespoke luggage tailor made to fit in the assorted load areas. There's even a large leather-covered passenger grab-handle, located on the centre console. And while it's very thirsty, Ferrari has also included a large 105-litre fuel tank, giving it an impressive range.

Modern day Ferraris are beautifully put together, and the 599 is no exception. The standard of panel fit and the quality of materials used is very high - as you'd expect on car costing this much. Both driver, passenger and side airbags are fitted as standard, the 599 also comes with a very hi-tech stability control system. 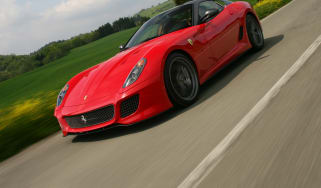 Stripped-out Ferrari 599 GTO road racer is the pinnacle of the 599 range, and uses track-inspired technology
599 miles in a Ferrari 599 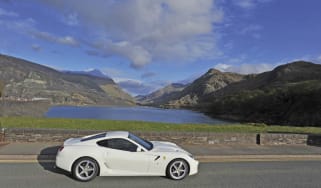 One of the world’s most breathtaking cars faces the UK’s most challenging roads in a 24-hour epic drive. How did it fare?
Ferrari 599 GTO 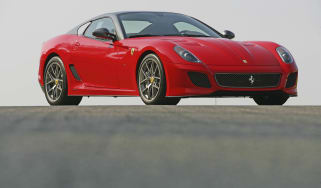 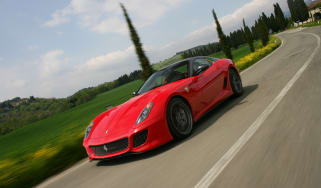 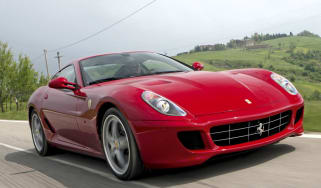