Could this Jaguar XKSS become the most expensive British car?

A Jaguar XKSS from 1957 is being auctioned at Amelia Island in March, and could fetch an eight-figure sum 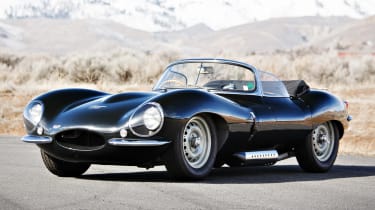 The XKSS offered here - one of only 16 examples - was pitched by Jaguar as a road-going version of the D-Type which won Le Mans three times in a row in the mid 1950s, along with successes at the 12 Hours of Sebring and the Grand Prix of Spa. 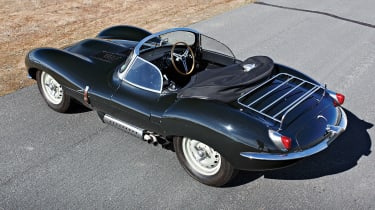 With an original sale price of $6,900, Jaguar had intended to build 25 units of XKSS for the export market, but a fire at their Browns Lane factory in February 1957 destroyed nine unfinished chassis.

Nearly 60 years later, the company decided to honour the disaster by constructing nine originally-specced XKSSs via its Jaguar Classic branch, the first of which was unveiled late last year. 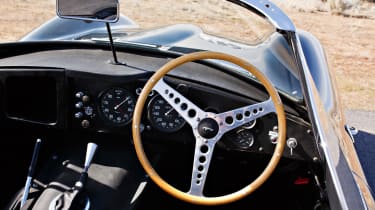 Of the original 16, most were sold to buyers in North America, and one of the models was eventually bought second-hand by none other than Steve McQueen in 1958.

This car was first sold to Canadian Stanley C. McRobert, who parted ways with his XK120 Drophead Coupe so he could afford the new XKSS. He reportedly entered a dozen races and hillclimbs in 1957 and 1958, winning all but one of them at Harewood Acres, where he finished second.

This impressive pedigree ensured that chassis 716 would race frequently for the next quarter of a century with various owners, falling into the hands of the current consignor in 2000.

A full restoration followed some ten years ago, with the owner enlisting the services of specialists Pearsons Engineering to return the car to a show-quality standard.

Amazingly this XKSS has not suffered a major accident at any point in its motor racing life, and retains its original chassis, data tag, engine block and cylinder head.

A decade has passed since the last XKSS became available at auction, and with the opportunity to land such an exquisite example, bidding is likely to be fierce.

How much do you think the Jaguar XKSS is worth? Let us know in the comments section below...