Price and specification details for the new Jeep Cherokee, which arrives in the UK this June, have been revealed 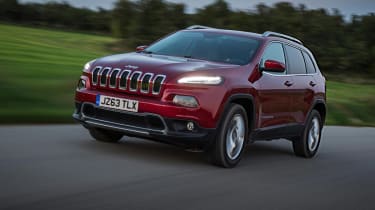 Prices and specifications for the new Jeep Cherokee have been released, with the new mid-size SUV set to arrive here in the UK this June.

Jeep will be hoping that the distinctive styling, improved quality, high levels of standard equipment and a five-star Euro NCAP rating will improve the fortunes of its mid-sized SUV, which struggled to make much of an impression when it was launched in 2007.