The new Range Rover Crossover will put luxury ahead of off-road ability, and our exclusive image previews how it could look 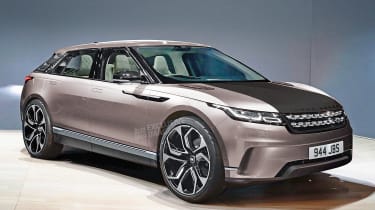 Land Rover will launch an all-new Range Rover Crossover in 2021. It will be based on the same MLA underpinnings as its forthcoming, full-sized fifth-generation sibling and will be offered with a choice of all-electric, plug-in hybrid and mild-hybrid powertrains.

Officially, Land Rover is remaining tight-lipped on the model, but we understand that the new Range Rover Crossover will be built at JLR’s Castle Bromwich facility. Our exclusive image shows it will be the lowest and sleekest SUV the firm has ever produced, with a swept-back roofline, a steeply raked windscreen and slender LED headlamps.

The vehicle will mark a turning point for Land Rover, as it will be a car that puts design, on-road comfort and luxury before off-road performance. Speaking about the idea of a road focused Range Rover crossover, Land Rover’s Design Director, Gerry McGovern, said:“For me, what we’ve actually shown is the ability of the brand to stretch and be different. We always have been quite pioneering. Let me just put it this way – if people like Bentley and Rolls-Royce can do an SUV, why can’t Land Rover or Range Rover do a luxury car?”

The mechanical make-up of the new Range Rover Crossover also remains unknown, but its MLA platform can accommodate two electric motors (one on each axle), giving the car four- wheel-drive. Due to its smaller dimensions, it will feature a smaller battery than the 100kWh unit planned for the full-size all-electric Range Rover – but the crossover’s lower kerb weight should provide a similar range of around 300 miles.

Land Rover’s wide-ranging electrification plans won’t end with this crossover. The firm has also budgeted for a fleet of new plug-in hybrid models that will start with the latest Evoque. It will use a new 1.5-litre three-cylinder Ingenium engine paired with a small electric motor. The same hybrid powertrain will also be engineered for the Discovery Sport, which is due to arrive next year, shortly after the Evoque.

Following those models will be PHEV version of the all-new Defender. It’s expected to make use of the same powertrain found in the current Range Rover PHEV, combining a 2.0-litre four-cylinder engine with an electric motor for a battery-only range of around 30 miles. 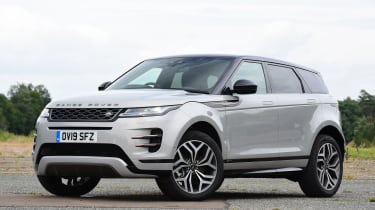 Land Rover’s biggest seller will use a new 1.5-litre, three-cylinder plug-in hybrid powertrain and arrives in the first half of next year. It’s the first of its kind for the firm. 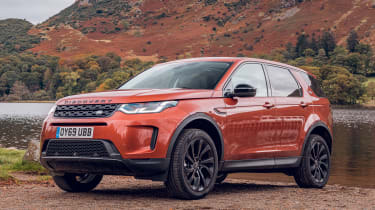 With the heavily revamped Disco Sport moving to a new platform, Land Rover will be able to offer the SUV as a plug-in hybrid later next year. 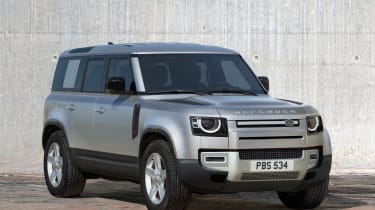 The fuel-sipping Defender PHEV has been confirmed by Land Rover, but it’s not expected to reach customers until the first half of 2021. 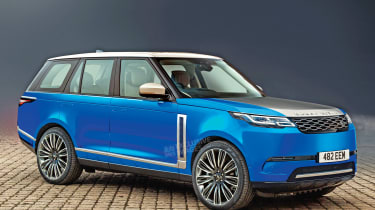 The fifth-generation Range Rover will push even further upmarket in 2021, and its MLA architecture will accommodate both PHEV and all-electric powertrains.

Do you like the look of our exclusive Range Rover Crossover image? Let us know your thoughts below…