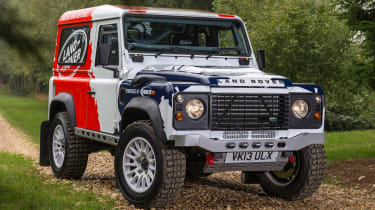 Derbyshire-based Bowler has been specialising in the production of competition and Rally Raid Land Rovers, as well as parts for enthusiasts to modify their Land Rovers, since the company was founded by the late Drew Bowler in 1985.

Bowler will be run by the SVO team and sit alongside the SV, Classic and Vehicle Personalisation businesses. Although there are no plans to replace Land Rover’s existing SVR high performance models with Bowler-badged vehicles, it’s possible that special Bowler versions of existing and future Land Rover models will be launched. 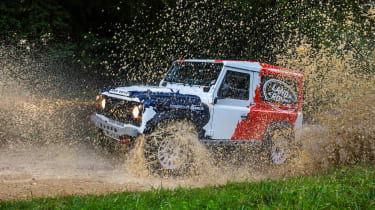 Michael van der Sande, Managing Director of JLR’s Special Vehicle Operations, said: “For almost 35 years the Bowler name has stood for innovation and success, with a reputation forged by its participation in the world’s toughest off-road motorsport competitions. It’s exciting that we’re now in a position to participate in and lead the Bowler brand’s future as part of Jaguar Land Rover.

“We are all eager to start working with our new colleagues at Bowler. Adding the Bowler team’s skills and experience to those of SV, Vehicle Personalisation and Classic is a key step in our strategy to create an exciting and diverse portfolio of products and businesses within Special Vehicle Operations.”

Bowler has created an enviable reputation for all-terrain vehicle dynamics, low-volume production techniques, and proving the durability of components under extreme conditions – all of which JLR plans to tap into.

Bowler and Land Rover have been working together for some time already with a brand partnership in 2012 that led to the creation of the popular Defender Challengeby Bowler rally series in 2014-2016.

Land Rover has confirmed that Bowler will continue to be run out of its premises in Belper, Derbyshire rather than move into JLR’s SVO HQ in Coventry.

Do you think Bowler will be a success under Land Rover ownership? Let us know your thoughts below...