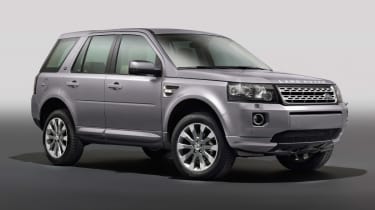 Land Rover has revealed a revised Freelander range, crowned by a £35,995 Metropolis edition bursting at the seams with extra kit.

The other four models in the Freelander family get additional equipment too: SE and SE Tech models replace the old GS and XS lines. The Freelander SE marks the range’s entry point: for £27,765 you get a heated windscreen, front fog lights, 18-inch alloy wheels and colour-coded bumper and sill trim plus new armrests not included on the Freelander GS. 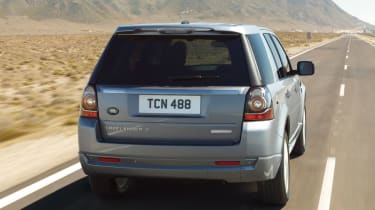 The kit-laden Freelanders are a last hurrah for the current model, as Land Rover prepares to wave the Freelander name goodbye.

From early 2015, it will be replaced in the Land Rover stable by the Discovery Sport. That car, which will take styling cues from the larger Disovery Vision concept car seen at the 2014 New York motor show, will swap the Freelander’s strict five-seater layout for a seven-seat configuration.

It’ll also boast a more upmarket, Range Rover-inspired interior, as seen in the first spy shot of the car’s dashboard. The Land Rover Discovery Sport will be publicly unveiled at the Paris Motor Show in October 2014, and commence UK sales in the early part of 2015.